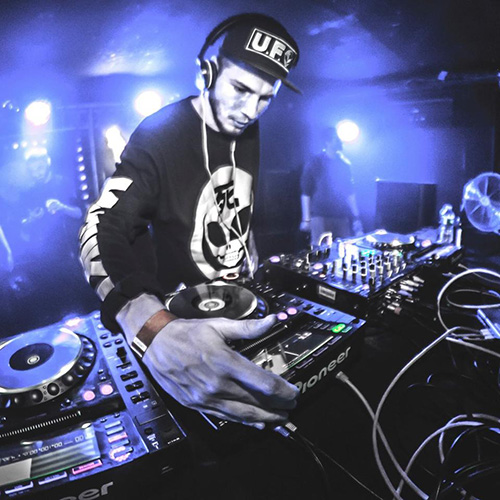 Trampa touches down between the murky signature sound of London dubstep and the bright, new lights of EDM. His earth shattering sound has drawn the attention of some of the industries leading figures, with his distinctive production currently regarded as some of the “most dangerous” around.

He recently signed an exclusive deal with dubstep label Never Say Die Records after numerous releases through their Black Label series. We gave the producer/DJ a quick grilling about his epic new remix of Excision and The Frim’s “X Up”. Check it out below:

How did it feel to be asked to remix one of the bonafide anthems of this year?

An absolute honour, I know Excision has been playing a lot of my tunes for a long time. I never expected to remix one of his tunes though!

What approach did you take to remixing “X Up”?

I knew exactly what I wanted to do with it as soon as I got the remix stems. I didn’t want to stick with the original tempo of 175bpm. I wanted to do something a bit different at 150bpm.

Do you feel any pressure when remixing someone else’s work?

Of course, especially a tune that so many people know and love. You wanna do your absolute best to make it as good as the original or better (if that’s possible) but yeah, I was quite nervous when I handed the final version in.

Are you a fan of Excision?

0
0   0
previous [HOUSE] Madison Violet - "These Ships" (Matt James Rework)
next [STATE OF SOUND] Hit My Head On The Horizon, Had A Bleed Edition: New Artists Soundcast #15