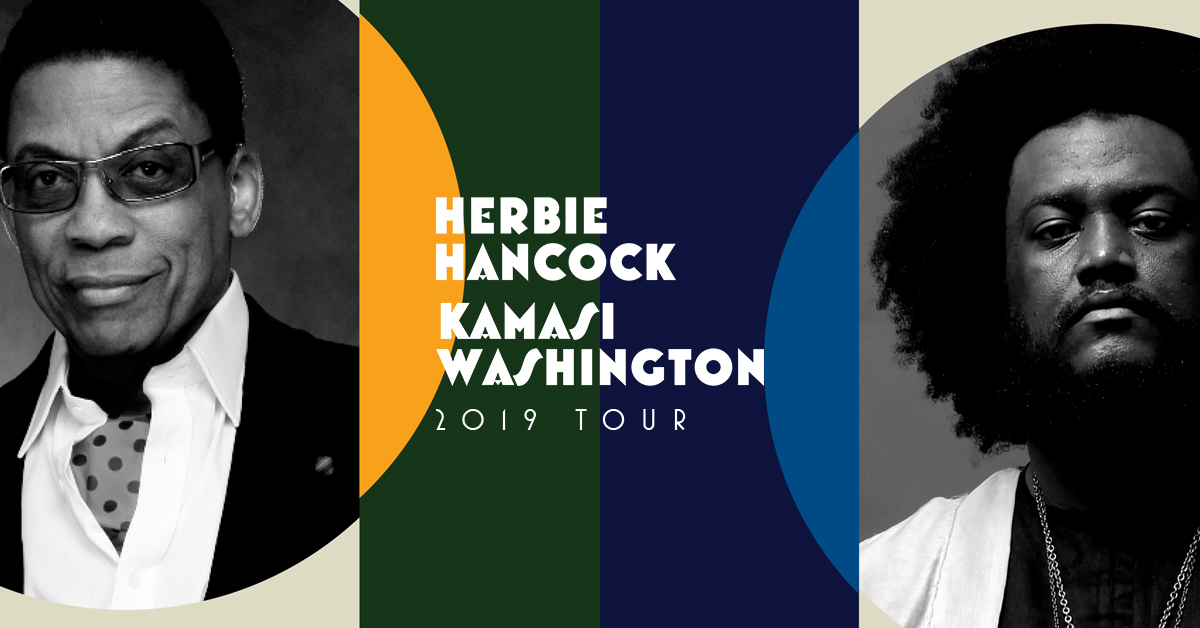 An 11-year-old pianist by the name of Herbert Jeffrey Hancock anxiously awaited taking stage at the Chicago Symphony Hall to perform the first movement of Mozart’s Piano Concerto no. 26 in D major, K. 537. This performance single handedly pushed the young musician to further expand his curiosity in the world of music, leading him back to this stage on several occasions, and all over the world. On August 10th, 2019, nearly 68 years later, the jazz legend returned to Chicago for a special homecoming show at Huntington Bank Pavilion at Northerly Island. The 14 -time Grammy Award winning pianist was joined by elite company, as critically-acclaimed saxophonist Kamasi Washington was given the honor of providing support.

Backed by a phenomenal band which included his father, piccoloist Rickey Washington, the group tackled every composition that followed with incredible precision and unbridled energy. Although Washington’s musical ability already had everyone hanging on the edges of their seats, the saxophonist left his audience with a powerful message that truly framed life into perspective. “Ever since I made Harmony of Difference (2017 EP), I’ve been making this statement at all my shows, and I wanna make it again here tonight. Diversity, our diversity amongst all the people on this whole planet, is not something not to be tolerated – it’s something to be celebrated.” In a world unfortunately plagued by political and racial strife, Washington’s promotion of unity was well received by the Chicago crowd, as expected. The set served as an ideal precursor for Hancock and his quintet, which would take to the stage shortly after.

Joined by Vinnie Colaiuta on drums, Saturday Night Live Band’s James Genus on bass, Lionel Loueke on guitar, and To Pimp A Butterfly producer Terrace Martin on saxophone/vocoder, the quintet stayed perfectly synchronized, allowing the opportunity to showcase their masterful chemistry and ability to improvise, often inducing the crowd into a rhythmic trance with space-like progressions. The 79-year old composer showed no signs of slowing down through this empowering performance, offering glimpses into his 6 decade career. Herbie made it evident early on during the performance that there was no script, often steering compositions into uncharted territory. These subtle shifts were overwhelming and quite emotional; often times too difficult to articulate; it was something that could only be understood through the experience. The night concluded with a very special treat, as Hancock was joined by Washington for an encore rendition of the 1973 classic, “Chameleon.” This special moment served as the highlight of the evening, as the crowd watched two generational talents of jazz unite together as one.

Despite the astronomical impact jazz has had on many contemporary artists today, I feel that it still remains under appreciated as a whole by younger generations. Through my own experiences introducing peers to the works of my favorite jazz musicians, I feel that many are quick to formulate their own opinions. You may hear the trumpets, saxophones, piano, or bass, but it’s not until you truly listen that you begin to understand that the music paints a picture; it tells a story without words. The most important takeaways from Washington and Hancock’s performances on Saturday night were evident: jazz is infinite. The music can bend and take many different forms; ultimately, it has a pulse of its own. Stepping away from familiarity gives one the ability to expand their musical palate. It can open entirely unknown worlds, waiting to be explored. Whether it’s through rap, rock, country, or maybe even jazz, I encourage you to do the same; you might be surprised.

Tickets, as well as additional information regarding Herbie Hancock and Kamasi Washington’s 2019 Summer Tour can be accessed here.