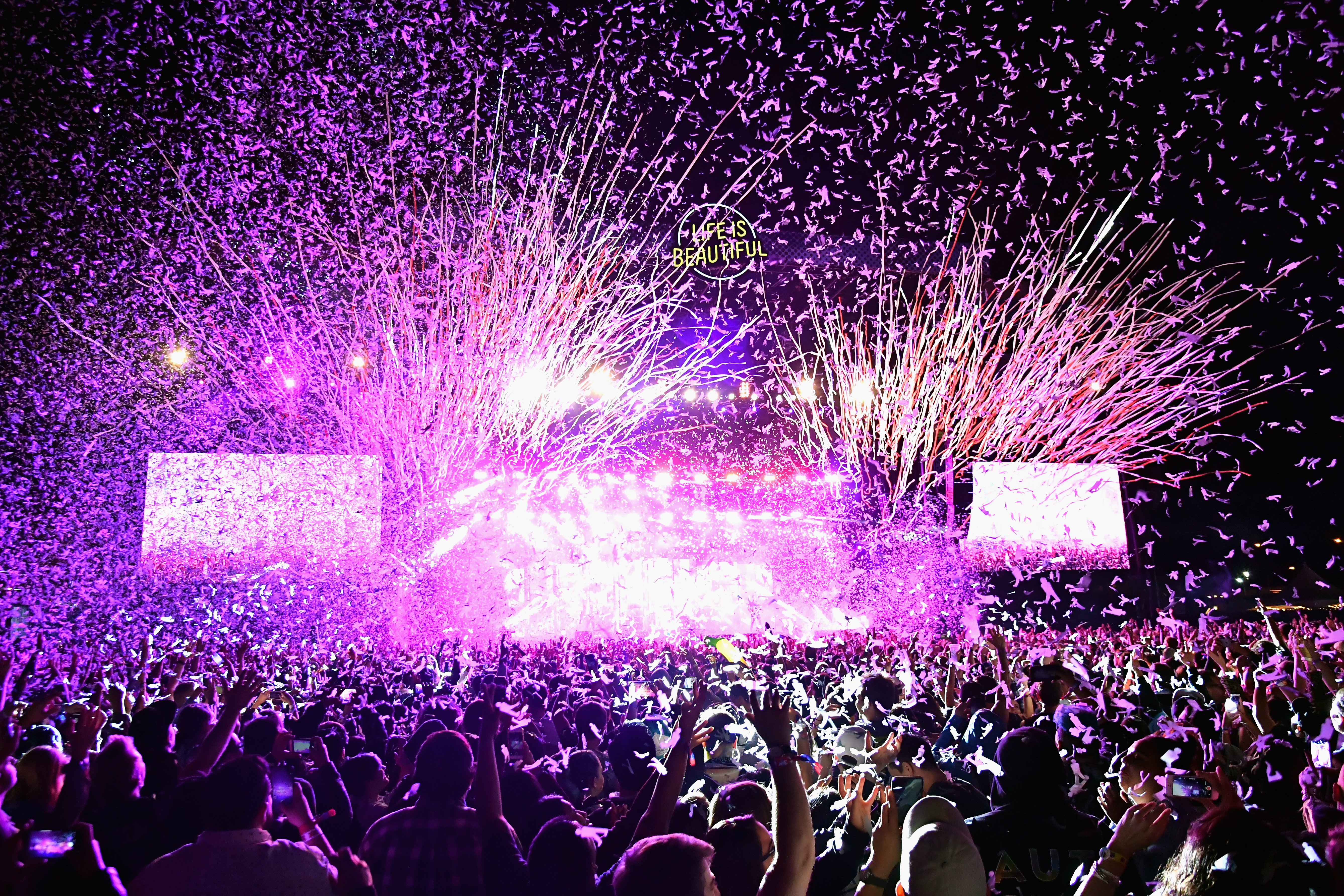 Life is a perpetual reel of many things and we’ve been well acquainted with all the days it has to offer. The days that leave us feeling dismantled followed by the ones that delicately piece us back together. Life is all the clichés that I may or may not refrain from using. It is a blessing, it is cruel, it is what you make it, but above all – Life is Beautiful 2017.

At the fifth inception of Life is Beautiful Music & Art Festival, an abundance of heart, soul, enthusiasm, and growth overwhelmed Downtown Las Vegas. Being the all encompassing and imaginative festival that it is, LIB celebrates a mix of music, art, culinary, and learning with trademark Vegas flare.

Headlining acts such as Chance The Rapper, Muse, and Gorillaz made waves in their sensory storytelling at the Downtown Stage – a massive mainstage that also saw the likes of an emotionally uplifting performance by Blue Man Group alongside Cirque du Soleil – but it was the festival’s willingness to provide auxiliary experiences that separates it from the status quo. 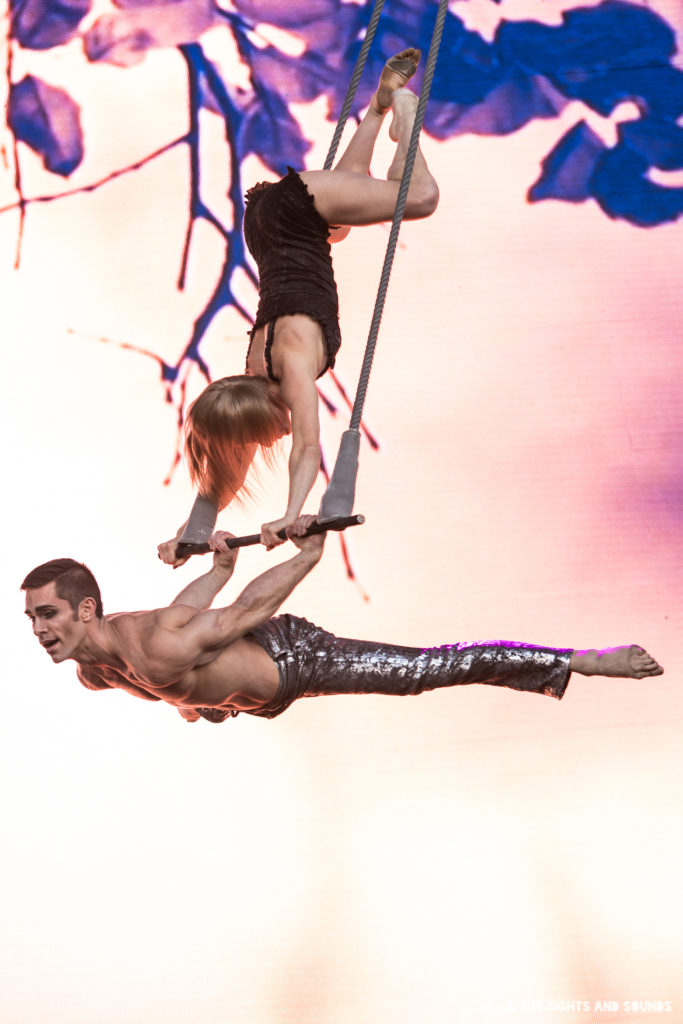 In most cases, Life is Beautiful may be mistakenly marked as ‘music festival,’ but in reality that only covers a glimpse of what is offered.

The Freemont Stage was a Mecca for electronic maestros such as Pretty Lights, Tchami, and Zeds Dead. But nothing can compare to the opening act on day one: Bill Nye – as in the science guy! This hangar-sized creation was an explosion of psychedelic clouds and prismatic visuals running alongside LED screens.

And yes, you could go there to learn a thing or two about climate change or the importance of voting from your childhood science dude. Combining activism and science with music is a trademark of Life Is Beautiful Festival, one that didn’t go unnoticed this year. For a festival as immersive as LIB, it was oddly fitting that one can find themselves learning about black holes in the far reaches of the festival’s programming. 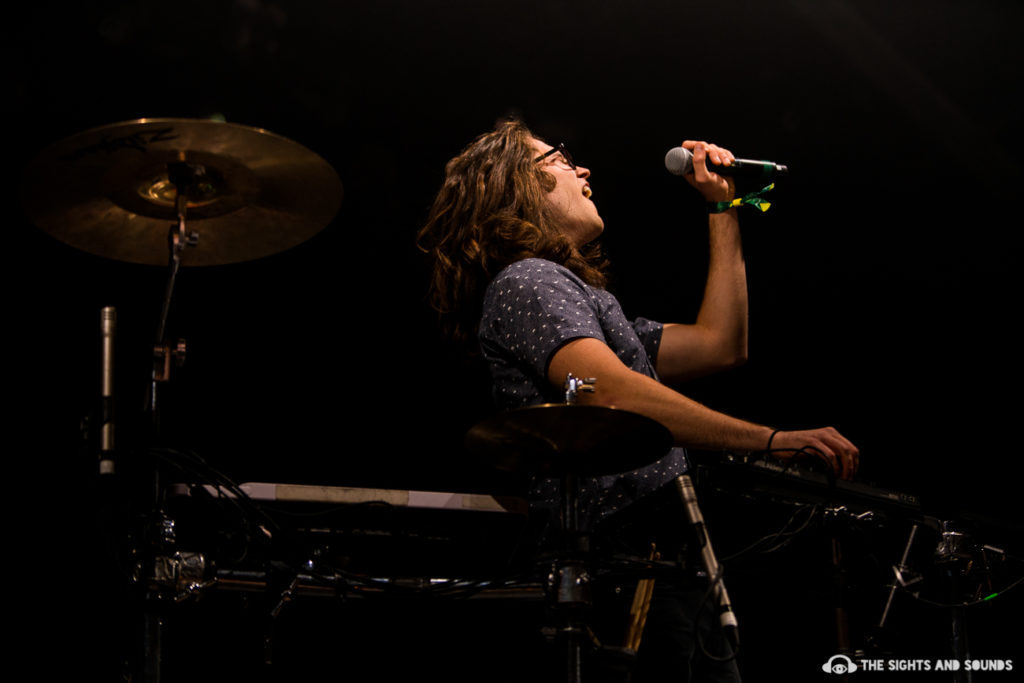 If you didn’t share that same hunger for knowledge as those who stood in on the lecture, you could just as easily have a taste for one of the many food vendors or trucks that were serving up some culinary comprehension on the daily.

Garnished around the festival grounds were a number of trucks and booths including larger chains like Chipotle. One of my personal (and local) favorites was the Kogi Korean BBQ truck out of Los Angeles. The degree of diversity on the culinary front was, in so many words, mouthwatering. 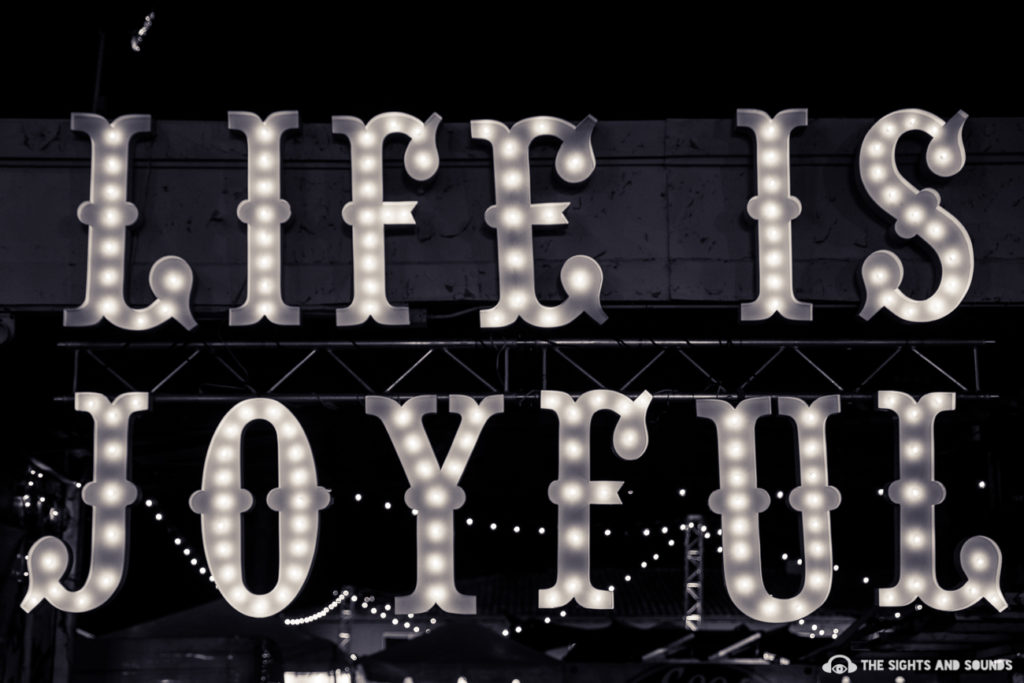 Everything and everyone received just as much love as the next artist, chef, patron or installation.

This brought an especially life-sized smile to my face because the headliners were not only musical artists. Yes – it’s true – Muse had a sold out sized crowd and a monumental stage. But at Life is Beautiful that means no more or less than the 21 badass rooms Meow Wolf transformed in their mind-boggling Art Motel or the 12x12ft tents vendors occupied throughout the weekend. The festival is as much music as it is art, culinary, and learning. 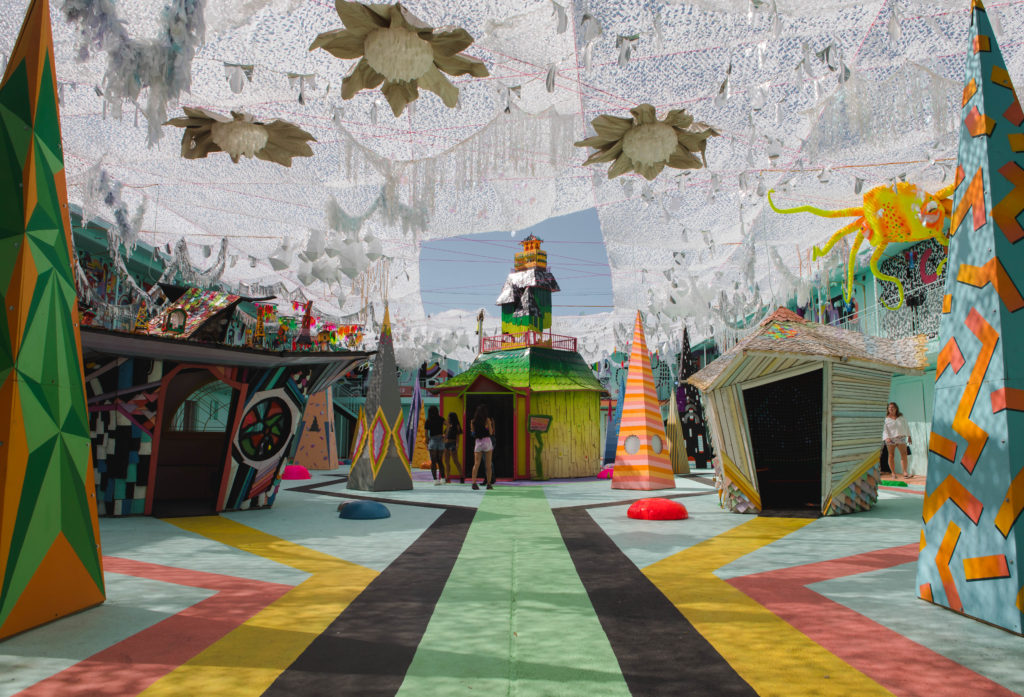 Photo provided by Life is Beautiful 2017

A cultural stew so to speak.

As with many festivals, the masses come together and cultures intertwine. This year, the prevalence of Burning Man art cars was a prime example of such. All day Friday, the Kalliope car (by Walter Productions) was prepping the crowds for Blink-182’s performance later in the evening with Emo Nite. From open to close, they were blasting all the best late 90s and early 2000s emo rock jams with a nonstop, energetic purpose.

Previously home to house & techno’s very own Desert Hearts, the Kalliope car exhibits the essence of creative risk taking. By Saturday they hosted Space Yacht and the wheels kept on rollin’ from emo rock to heavy bass and trap. As if there was not already enough of a selection with the lineup, the option to drop in (and get your eagle on guuurl!) for a quick change of pace was always available. Walter Productions continues to provide engaging and downright exhilarating experiences at some of the biggest festivals in the country – it’s no surprise that Life Is Beautiful brought back the pioneers of art car luminescence back to the festival this year. 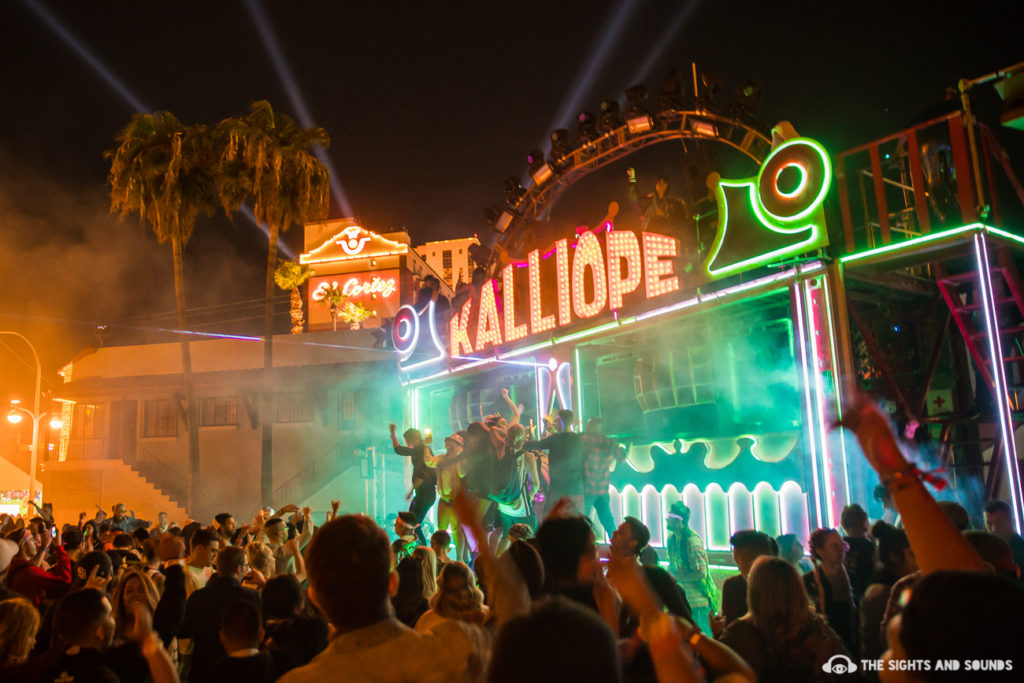 At Forest House, another dusty playa contraption with industrial tentacles and vibrant pastel lighting, the dancing saw no end. Even when the darkest of techno clouded over the dance space, you could still make out Chance The Rapper t-shirts and The xx tops. There was no ‘EDM stage’ nor was there any area exclusive to alt-rock. Eclecticism at it’s best. 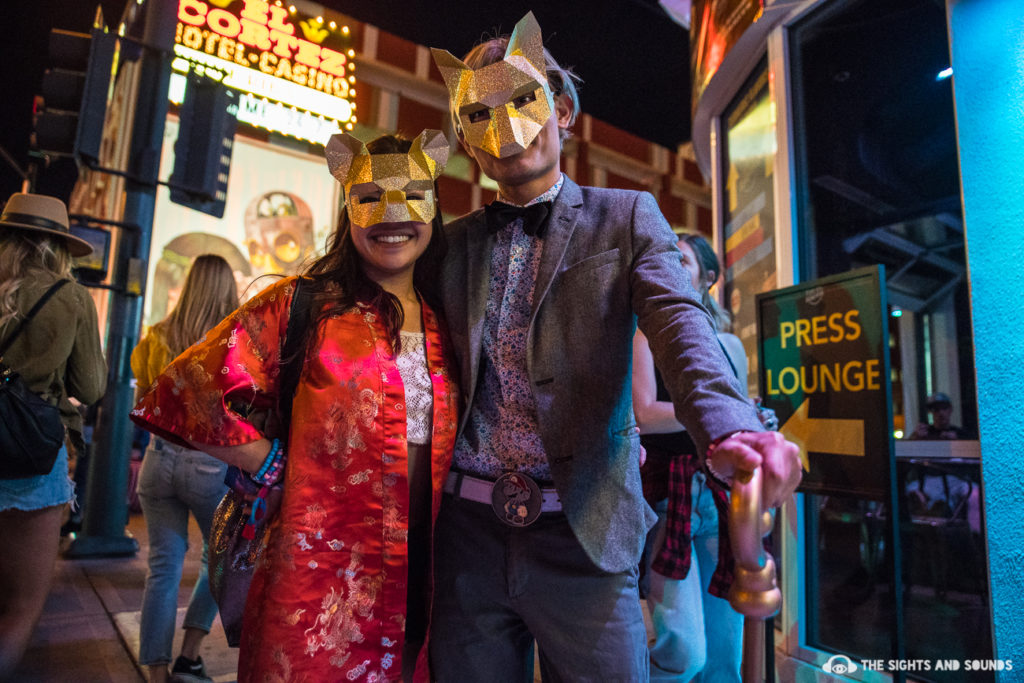 All the sights and all the sounds that echoed through Downtown Las Vegas beamed with unifying revelation. The location in and of illustrated is a diamond in the rough yet lives in the shadows of The Strip. Festival organizers and collaborators alike saw something meaningful in the downtown grime. They saw how much charm there was in the ‘less beautiful’ side of Vegas. Together we highlighted all that beauty. 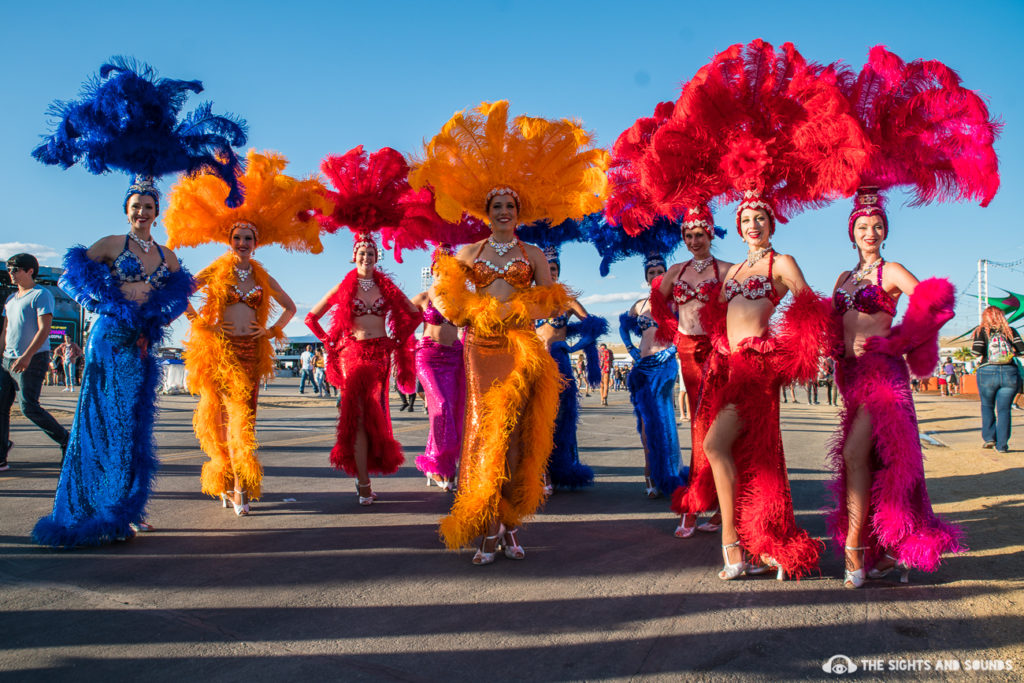 From the bottom of our hearts we thank you, Life is Beautiful!

Tell us about your experience at the festival in the comments below. Funny story? Uh, I definitely want to hear it. Did you spot the one fella in a panda hat that never left Forest House? I’m convinced he lives there. Did we meet?! Well I sure hope so.

0
2   0
previous Catching up with... Sydney Blu!
next This Electronic Supergroup Dropped One Of The Vibiest Singles All Year