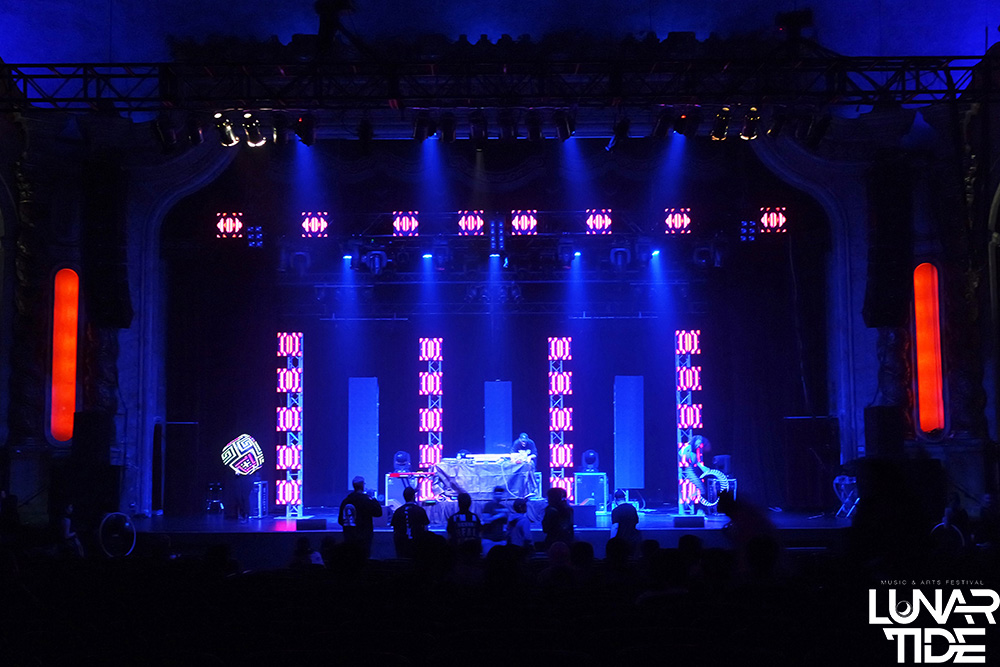 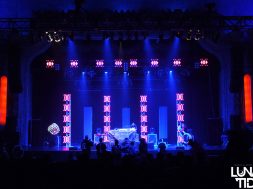 Notion Presents has risen to be one of the hottest production companies within the Chicagoland area.

With all these eyes on Notion Presents they’ve done nothing short of putting together some of the most talented and exciting lineups.

Among Notion Presents’ most notorious events is Lunar Tide Festival. Every year Chicago gets blessed with some of the most talented artists from around the world and this year is no different. 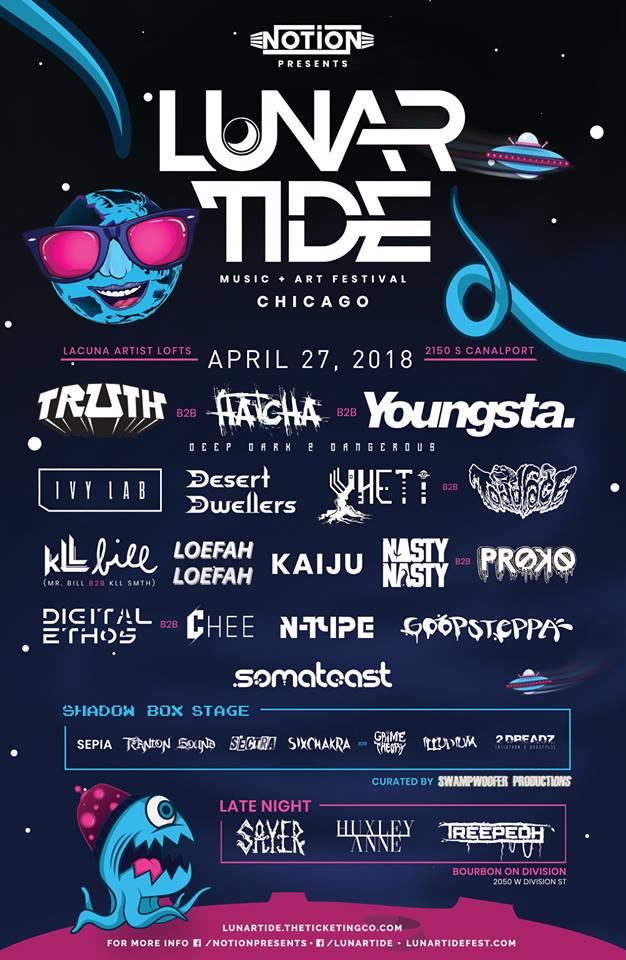 April 27th at the Lacuna Lofts will be the hot spot for this year’s Lunar Tide. Numerous people are buzzing about the Truth b2b Hatcha b2b Youngsta. set. However the rest of line-up is completely insane. Desert Dwellers, Yheti b2b Toadface, Digital Ethos b2b Chee, Nasty Nasty b2b Proko, and so many more.

Lunar Tide will have Chicago popping all night. Not only do they have their stellar main line-up, but also a pre-party and an after party. The party starts at The Bottom Lounge, moves to the Lacuna Lofts for the main gig, and the party ends Bourbon on Division Street.

As if that wasn’t enough, Notion Presents teamed up with SwampWoofer Production, another rising Chicago based Production Company, to bring to you the Shadow Box Stage. The stage will be play host to artists such as SixChakra b2b Grime Theory, Sectra. Sepia, and more throwing down all night and into the early morning. During the late night after-party you can catch Sayer & Huxley Anne.

Notion Presents is clearly making a point with this line-up. That point being that they are only on the rise and show no signs of slowing their role. Stay tuned for what else Notion Presents has up their sleeve – fans won’t be disappointed with the evolution of Notion.