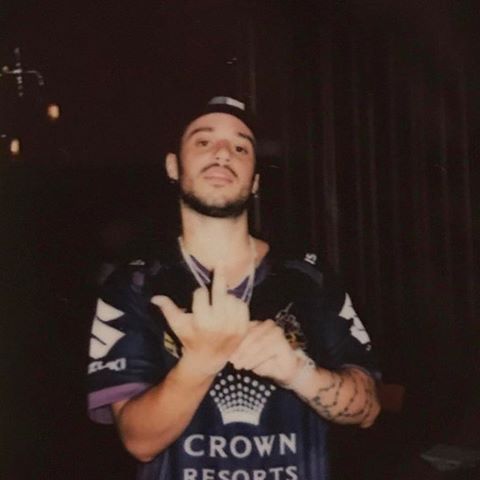 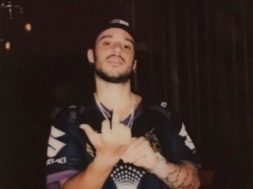 Consider, for a moment, the curious and enigmatic case of Russ Diemon.  I first encountered Russ some time back on Soundcloud on a smooth track called “Take It All In“. I was incredibly impressed with a variety of things: rhythmic bars, undeniable vocal range, and an uncanny attention to detail in the production stages made me an instant fan, and it was not long before I found myself delving into Russ’ discography, which goes back almost a decade, and finding a consistent pattern of growth and experimentation that led him to the unique sound he now wields.

Not long after this, Russ dropped what he dubbed his “debut album” (in reality, he has multiple full-length projects dating back to 2013), There’s Really A Wolf, an aptly named work highlighting this idea that for years, Russ has been on the brink of success, and now, after years of hard work, he has finally seen that through: this time, there is really a wolf, so to speak. A wolf, my friends, there certainly is–Russ’ most recent album is a bold and innovative mural of sounds, all orchestrated by the man himself.

The musical inclination here is undoubtable; Russ constructs vivid melodies that masterfully complement the interspersed bars he spits, ones with some of the best rhythmic awareness in the game right now. 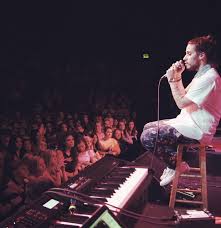 One of Russ’ most popular songs is another well-named piece: “Do It Myself”, and do it himself he does, flying solo on every step of his process. He sings, he plays instruments, he produces, he mixes, and he masters… he does it himself. He takes great pride in this and
makes sure to mention it in many of his songs, and rightfully so: in today’s rap world, this is an incredibly rarity. In most cases, each of this specific duties would be delegated to a team of produces or audio engineers, so this unparalleled level of dedication and production workload is one of the things that drew me to Russ in the first place and what continues to draw more and more fans everyday.

Praise aside, now to the catch: as I do with most, if not all, of the musicians or artists I consider myself a fan of, I decided to follow Russ on my platform of choice, Twitter, and it was not long before I found myself troubled by a disposition and general pattern of actions that simply did not rub me, nor many others, according to the comments, the right way. Russ, true to his roots of originality, frequently interacts with his fans in a way that not many do. Most of these interactions are positive, but as I began to notice, many are not, which may be a factor in the reason Diemon is so quick to delete many of his tweets. Russ, for me, seemed like a caricature of the pervasive societal stereotype of a frat guy: aggressively misogynistic, confrontational, and, to my disappointment, generally unlikable

Russ Diemon, initially, to me, seemed like the type of person that loves to casually discuss how many “bad bitches they got on they dick, bro.” in exactly that phrasing.

I decided to give Diemon the benefit of the doubt, though. That type of behavior simply sells in today’s market, sadly, and there is no arguing Russ’ branding prowess. It is true as well that in the fields of contemporary rap and hip-hop, there has become an almost-anticipated type of arrogance and swagger that surrounds the brand of practically every artist with any level of success within these genres: littered throughout the lyrics of both the biggest and littlest names, one will find a pattern of self-aggrandizement wholly original to these types of artists. Whether a king, a god, or the greatest of all time, each and every rapper seems to find time to bolster themselves while simultaneously putting down the competition. This hubris has become an almost necessary facet of the image of anyone with dreams of success, which leads to the creation of drastically exaggerated stage personas and artist personalities, ones that quite often do not translate to these artists’ private lives.

For these reasons, I chose to ignore my instincts and dismiss Russ’ (someone I consider one of the most original and talented people working in any genre right now) behavior as a marketing ploy and an appeal to the masses concurrent with the rap meta, and one not truly aligned with who Russ is, but instead, an appeal to the masses.

With this in mind, I decided, as many often do with artists they enjoy, to see a concert of his, especi 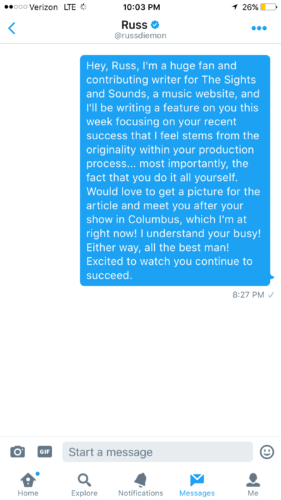 ally considering I foresee a exponentially growth in popularity in the next few years, and I wanted to enjoy the intimacy that comes with the smaller venues artists often play as they work their way up the food chain. As a Cincinnati native unable to make it to the Clifton Bogarts show, I chose his Columbus tour date at Express! Live and quickly snatched up my ticket for the more than reasonable price of $30.

The venue was incredibly nice, well designed, and without a bad seat in the house. I was, quite frankly, very excited.  With my article and own fan interest in mind, I even went as far as to DM Russ on Twitter prior to the concert, one that, again, I hoped would disprove many of the negative portrayals I had witnessed or heard of. Side note: I never expected him to reply nor did his not replying upset me or alter my view of him in anyway. I included the DM just for clarity purposes.

The wait was long and without openers, which was no matter. Russ claims he will not start a show until “every last person who purchased a ticket is in the building”, which many fans seem to forget every concert, constantly flooding him with “where are you?” tweets that he usually replies to with frustration, ones that, again, he often deletes in an effort to maintain a friendly and cleaner Twitter presence.

At long last, Russ came out, and what followed was half spectacle, half seemingly impossible savagery. Firstly, the show was excellent: Russ both sings and raps live, a rare commodity in the world of live rap music today, and his voice his just as smooth in person as on the record, while his bars flow just as well and rhythmically. The sound was great, the crowd was alive, and there was, ostensibly, no reason it shouldn’t have been another stellar concert to add to my list…

Yet, the whole time I found myself anxiously waiting for it to be over…

…and, the reason why was as plain now as it is then: Russ is, at times,  an almost intolerable person. After every song, he would go off on arrogant tirades that sounded like a terribly written frat character from a poorly financed movie. At one point during the intro of one of his more raucous songs, water was thrown onto the stage, which led to the show being stopped and an absolute meltdown by Russ as he berated us in the crowd for our general stupidity. At a recent concert in Memphis, Russ watched as one of his crew members jumped into the crowd and punched a fan in the face for allegedly throwing ice at the singer. For all of the musical genius he possess and all of the general quality and charisma he brings to the table, these rants and other incidences  are simply overwhelming in scope, which is truly bewildering to me when I consider just how talented he is. As previously touched on, there is also a lot of breathing room when the genre he works in is considered; rappers are almost implicitly pompous, yet still, Russ seemed to gleefully cross that line into the realm of sheer unlikability, aided by the fact that he comes off like a caricature of an 8th grader at his lunch table, the one gleefully gloating to his friends about last night’s hand job or groaning about how “she won’t put out”.

On the other hand, however, he often shows signs of goodness. His love for his fans is the kind of love that only an artist who has scratched and clawed their way one SoundCloud follower at time can understand or emulate. He frequently interacts positively with these fans on Twitter (the ratio of good Tweet to bad Tweet may very well be 1:1, although the latter are hastily deleted), and he often gives away tickets or allows people entry via guest list for his sold out shows.

In this way, Russ the person remains a mystery to me and many others. He is an artist that raises questions about the nature of the brand and the way entertainers choose to sell themselves. His musical aptitude, in all its disciplines, is without question, 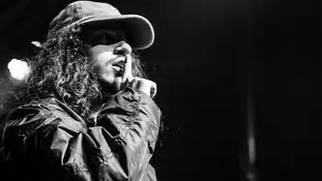 even if his character may be. For me, I remain a dedicated fan of the fresh and original music, even if I must currently abstain judgment on the one putting it out. I would like to think that Russ Diemon is the person reflected in those encouraging tweets or generous acts and that all the other stuff is simply a marketing ploy, one working aptly to appeal to a masses that often sadly like their rappers unapologetically in-your-face. Russ, however, is still a young man, and I hope he has a long life and an expansive musical career, and both will surely see him continue to grow and reveal his true colors to his ever-building fan base.