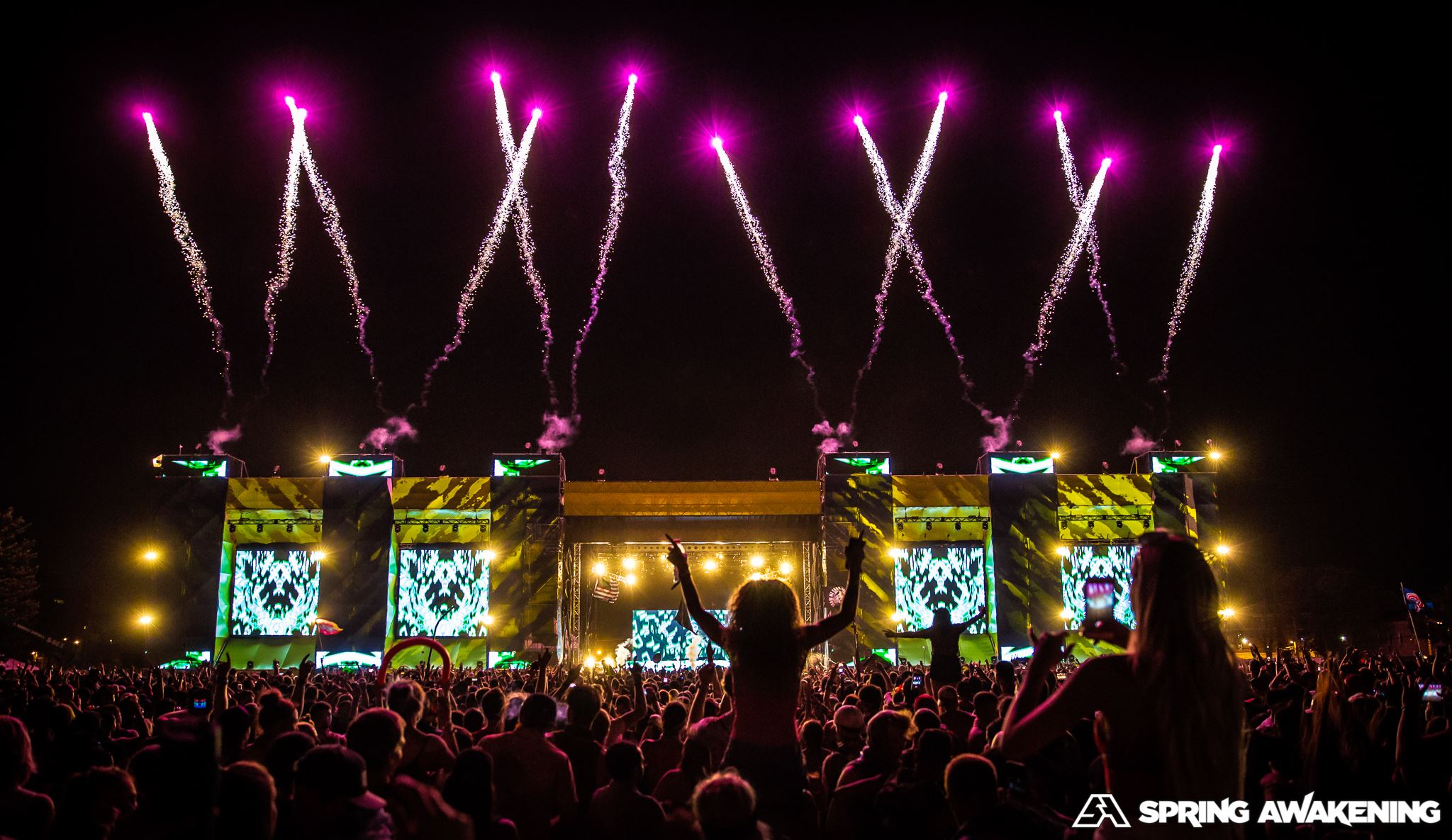 Chicago’s favorite electronic music event is returning to Addams-Meddill Park on June 8-10 to kick off the festival season, and after its lineup announcement, we can’t wait to attend it. 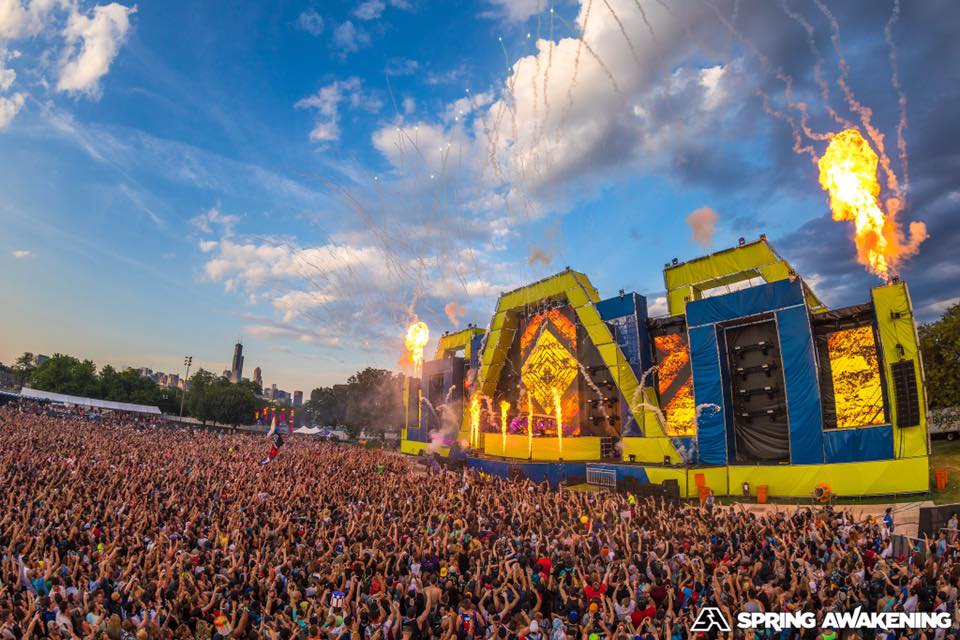 Last week, the festival announced Phase One of its lineup which featured EDM heavyweights such as Tiësto, Kaskade, Deadmau5, and Hardwell.

In Phase One, they also announced that recent phenomenon Virtual Self (Porter Robinson‘s alias), house all-star Tchami, electronic music goddess Alison Wonderland will be taking the stages during the event, among many others renowned artists.

We are happy to see that the festival’s two main stages Solstice and Equinox will be returning to the festival along with the rotating 6 branded stages. The event organizers also presented the names of the branded stages that we look forward to checking out every single year: Bass Kitchen, DJ Mag, Heldeep, Requiem,  Sunday School, Trance Arena.

With their first class Phase One announcement, we were left wondering who had been curated for the six branded stages and who else could be added to this glorious lineup.

Earlier this week, the festival organizers took to social media to make release the Phase Two artists. In the second announcement, after they just had their show at the Aragon Ballroom last weekend, Ganja White Night has been added to the list of top tier performers at the Equinox Stage. 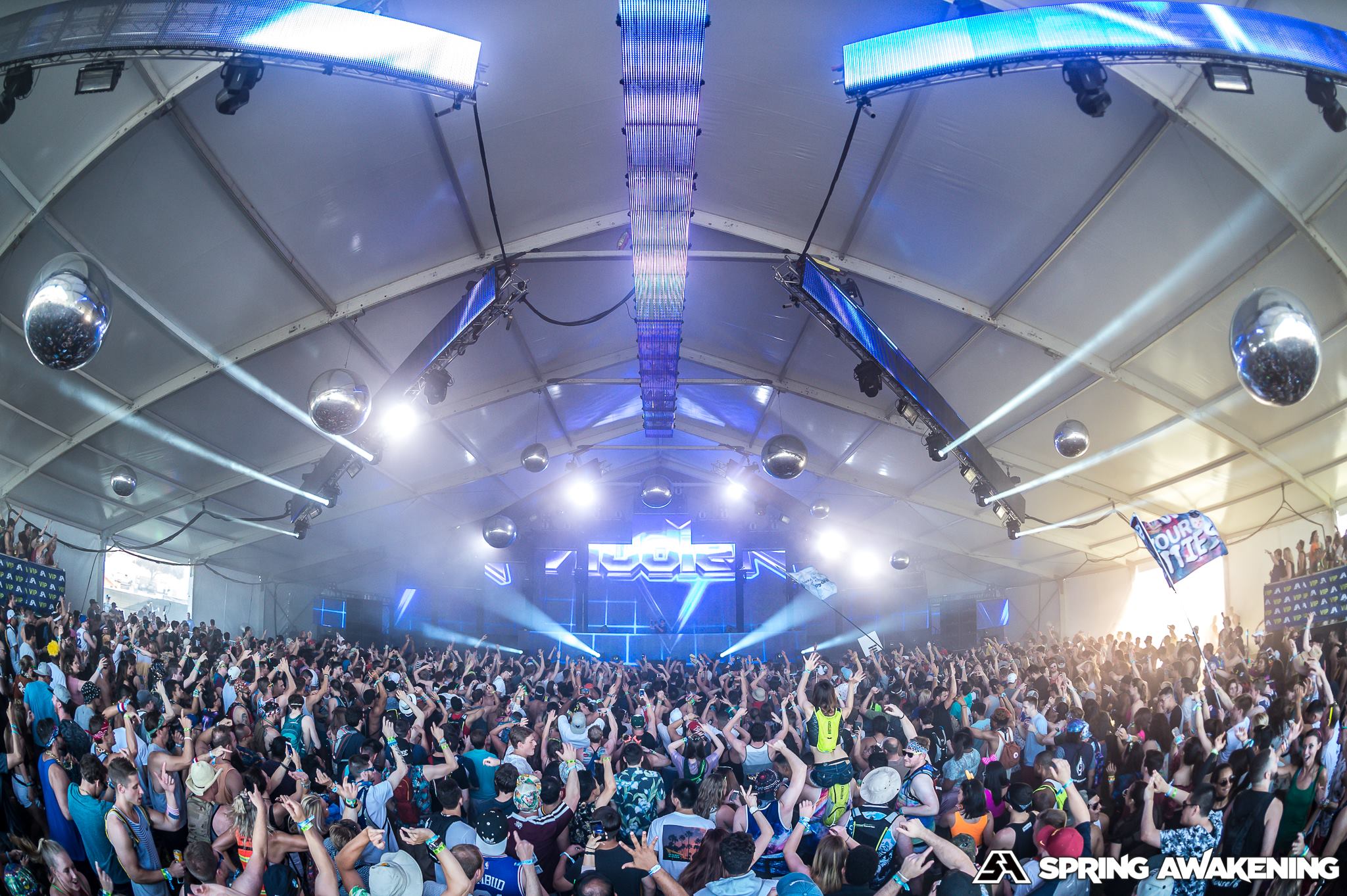 After being put on suspense for a week, Spring Awakening did not disappoint with revealing the artists for the branded stages.

Flux Pavilion, who had been announced in the first roll-out of artists, will also be performing a much anticipated B2B set with Doctor P at the Bass Kitchen stage, which hosts the hottest names in bass music.

DJ Mag stage returns with the best names in modern dance including French DJ/producer Nicky Romero and Cash Cash. Oliver Heldens is returning to Chicago to close out his own imprint Heldeep’s curated staged where A-Trak and Ephwurd will be joining him.

If you’re seeking underground vibes, you’re going to want to head to the Requiem stage, where Sasha & John Digweed and Lee Burridge will be providing some deep and hypnotic vibes. The Sunday School stage is will be back to take house-heads to church with Dubfire and legend Pete Tong. Chicago’s own series Trance Arena has curated an unbelievable lineup for trance lovers by gathering trance pioneers Gareth Emery and Markus Schulz. 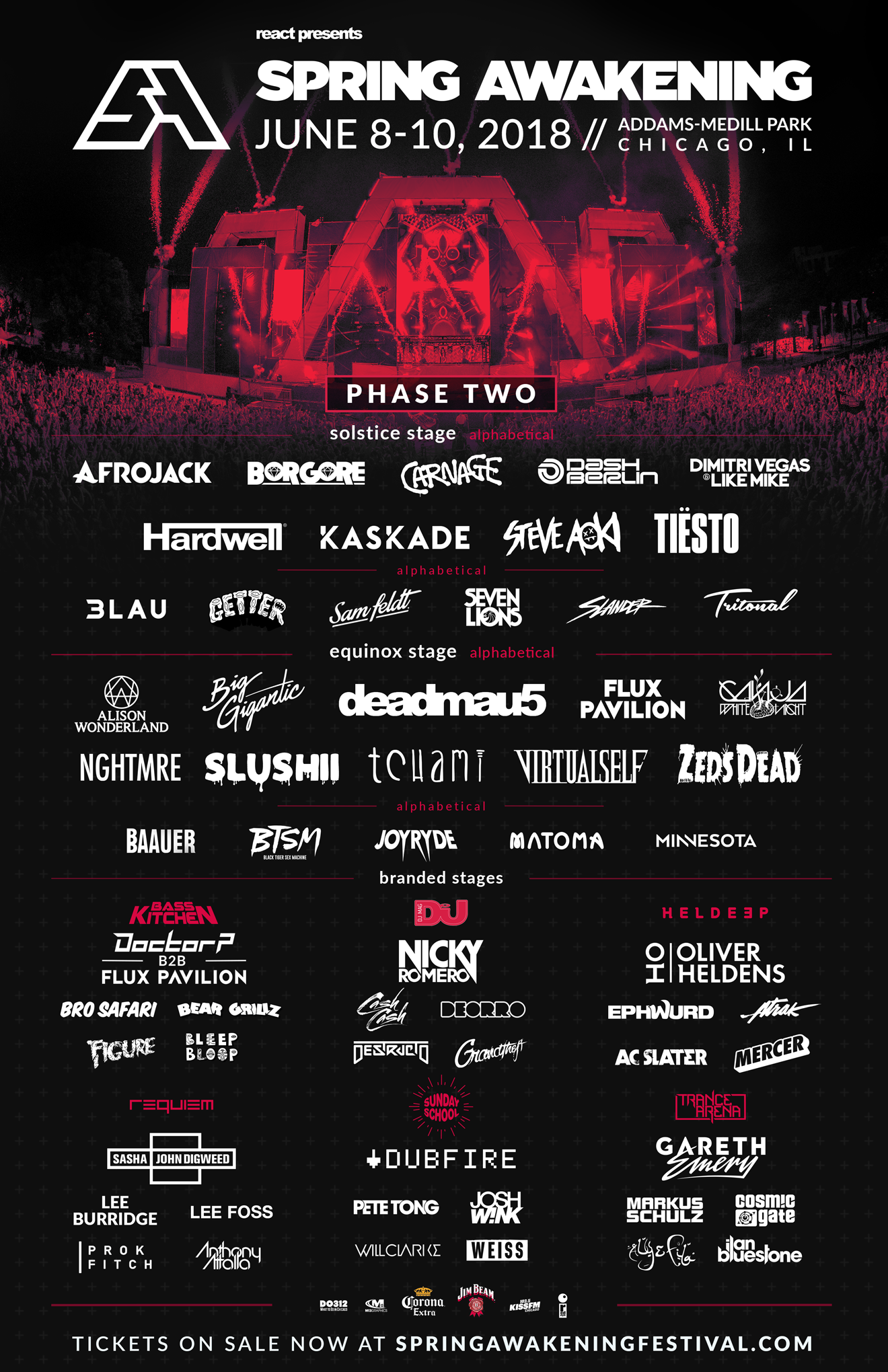