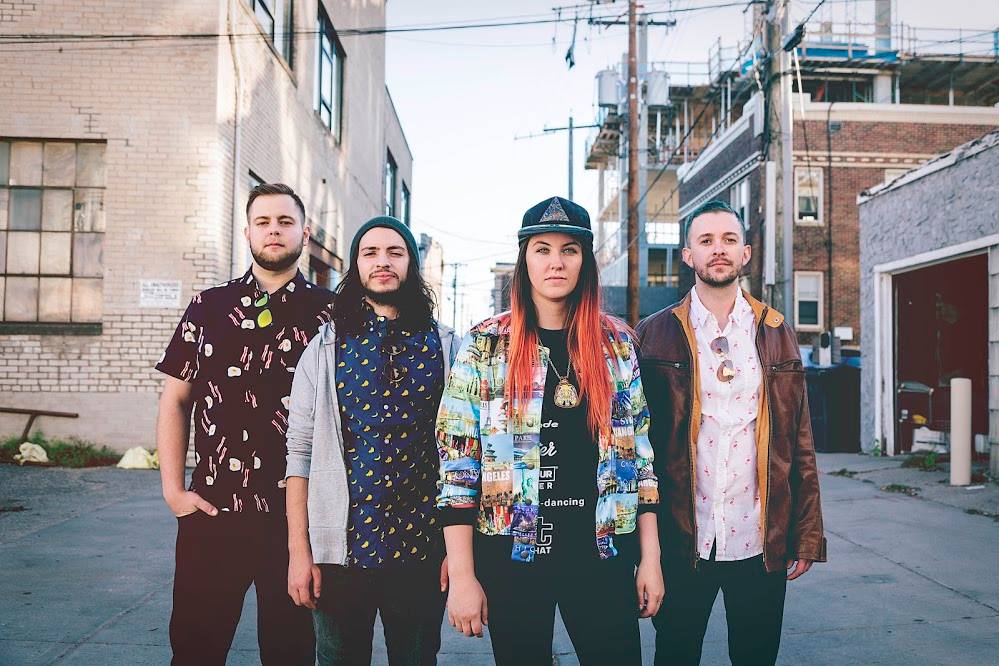 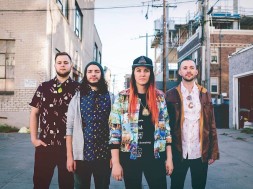 If I gave you a map and asked you to point to the funkiest place in the United States, the frosty, winter-hardened city of Minneapolis might be the last spot your digit landed. Yet there is a smoldering scene brewing in the musical underbelly of the sibling Twin City, fresh with talent and ready to burst forth and bud with the upcoming spring.

Hybrid designer and producer/musician/vocalist Megan Hamilton is part of that fresh underground talent, along with her “steezy group of men, called The Bermudas.” Together they make self-described organic, electronic funk – Electro-Organic, fusing nature and machine. It’s an apropos description of their sound, and they’re carrying that theme through their debut album, ‘Photosynthetic’.

The album is dripping with honey smoked vocals, earthy cuts of the funk & blues, and exotic flavors of gritty origin. Gently leading us through the wormhole into the juxtapositioned world of ‘Photosynthetic’ – plant x appliance – “Night & Day” is the foreplay to the album, a mellow “Fuck You” to the blustery Midwestern winter.

Some of my favorite sounds on the album come from tracks that feel like the group is taking bigger risks with. Tracks like “Banana Phantom”, featuring Fresco Ballout, and “Siddhartha” that are heavily influenced by the eastern sensibilities play well within the bassier contexts – the former getting extremely interesting with the funky chord changes weaved into the hip-hop vox.

Other standout tracks include the bouncy “Future Lemonade”, party-starter “Strawberry Bubblefunk”, and “Connected”, featuring Chance York, a tip of the hat to the forward-thinking consciousness of the young creators today:

Backed by the wind and brass of The Bermudas, Megan Hamilton & Co. have a bright future ahead of them with their seamless ability to meld different and complex worlds into a cohesive, and often intriguing, melodic story. The trick will be in how they balance all the competing influences and really find their niche – while ‘Photosynthetic’ is rife with originality and experimentation, the flow from song to song was a bit less cohesive as a whole. Given the diversity of the current festival scene, however, that may be a good problem to have for a young group with as much flexibility as them.

'Be humble and stay true to yourself.' -Megan HamiltonClick To Tweet

I asked Megan what kind of advice she wished she could have given herself ten years ago, and it’s one that stands the test of time: “Be humble and stay true to yourself.” As any artist can attest, it’s often easier said than done, however, she continues, “If you replicate the popular traits of a genre, you may be popular for awhile but the success will be short-lived when you realize you were only going in someone else’s direction. Stay true to your own sound and over time, you will gain not only the respect you deserve, but the unique, individual sound you’d been striving for the entire time. At least that’s what I keep telling myself :P”

When it comes to advice for others, it’s one of empowerment – a sentiment that shines throughout her music: “I would first tell women to have confidence in themselves and push themselves outside their comfort zones to learn new things and find a genuine feeling of equality with your peers.” We couldn’t agree more.

In celebration of their debut album, Megan Hamilton & The Beautiful Bermudas are hosting a release rager on Friday, Feb. 10th, at The Loft in Minneapolis. The first 50 people through the door get free hard copy of the new album, and their will be brand new never-before-seen sweatshirts, t-shirts, pins, hats, and patches available as well. Tickets only $10 in advance, and you can find them here. Check out all the info and more tour information below.

“We spent just over one year on this album. Please come spend one night with us. ❤️??” 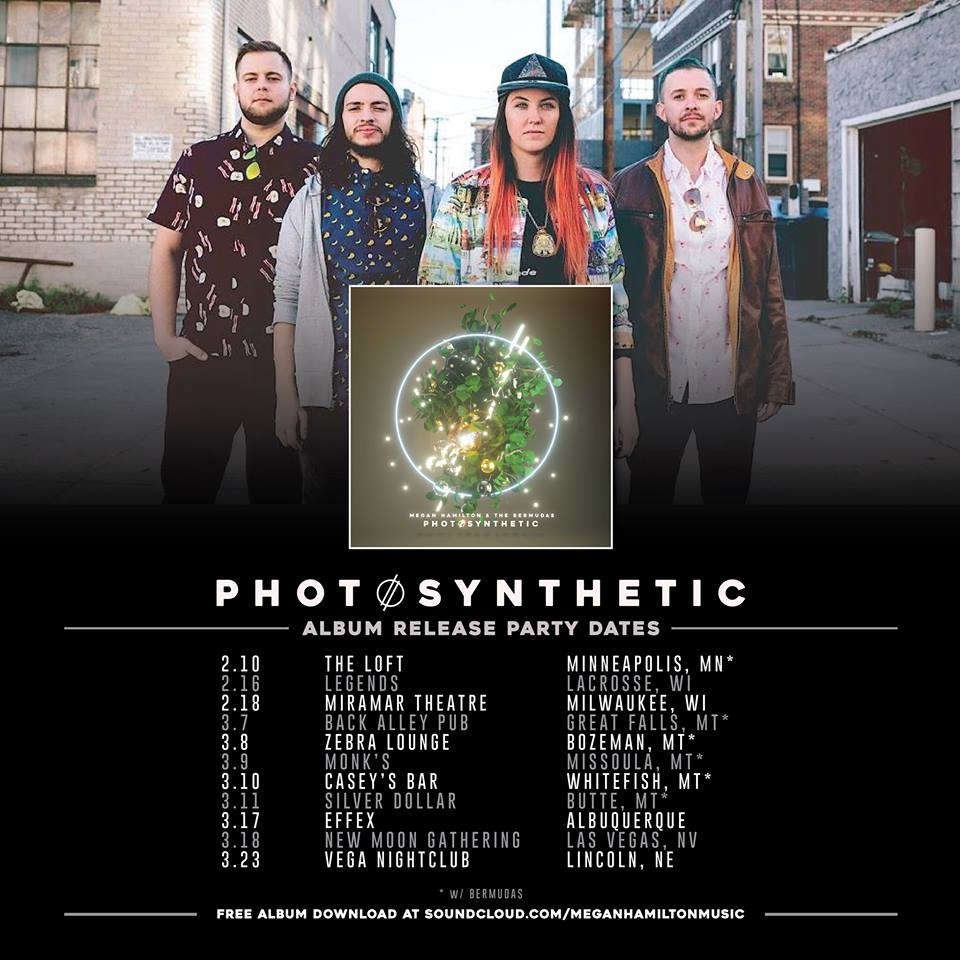 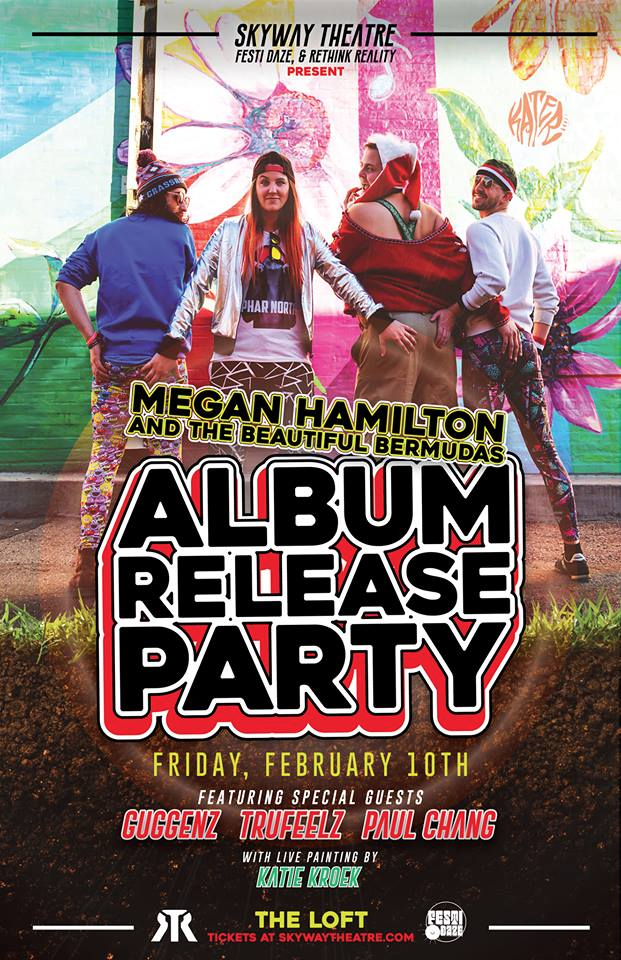 0
4   0
previous [INDIE/ELECTRONIC] On Planets - "Cure"
next [FEST NEWS] Are Coachella and Bonnaroo Promoters Plotting The Next Mega-Fest?