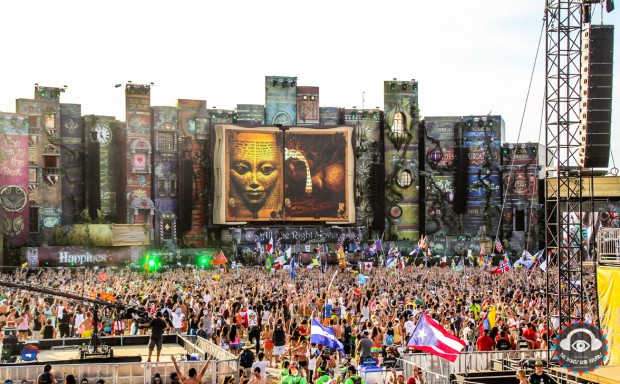 TomorrowWorld, now one of the largest music festivals in the country, has unveiled phase 1 of their 2014 lineup – and it’s stacked with more heavy hitters than the 1992 Olympics Dream Team. The 3-day festival boasted some of the world’s largest EDM acts last year, with stages unparalleled by anything else in the world. Today’s announcement is the first glimpse of what we can expect for 2014, and it’s already looking to surpass all expectations set from last year.

The roster for this year’s festival will continue to grow as the event draws near, but 2014’s headliners already include such international sensations such as Avicii, Bassnectar, David Guetta, Dimitri Vegas and Like Mike, Diplo, Kaskade, Martin Garrix, Nicky Romero, Richie Hawtin, Skrillex, Steve Aoki, Tiësto and Zedd.

Attendees of last year’s festival might be a bit underwhelmed with the amount of overlap from 2013’s lineup, with more than half of the headliners making a return. I can imagine the talent pool runs a bit shallow when you’re featuring 200+ artists in 3 days, however, there are still plenty of names to be announced and fans should have no shortage of options to choose from throughout the weekend.

Check out the official lineup poster below for the full phase 1 artist announcement, as well as the official lineup video featuring narrative from some of this year’s headliners. Tickets for the three-day festival, which is scheduled for Sept. 26-28, are on sale now. They start at $357 for a general admission pass for the weekend and top out at a ‘completely affordable’ $7,499 for the most robust VIP package. That option, however, is already sold out. Head over to TomorrowWorld’s official website for more information.

What do you think of the 2014 lineup so far? Who would you like to see perform this year? Let us know in the comments below. 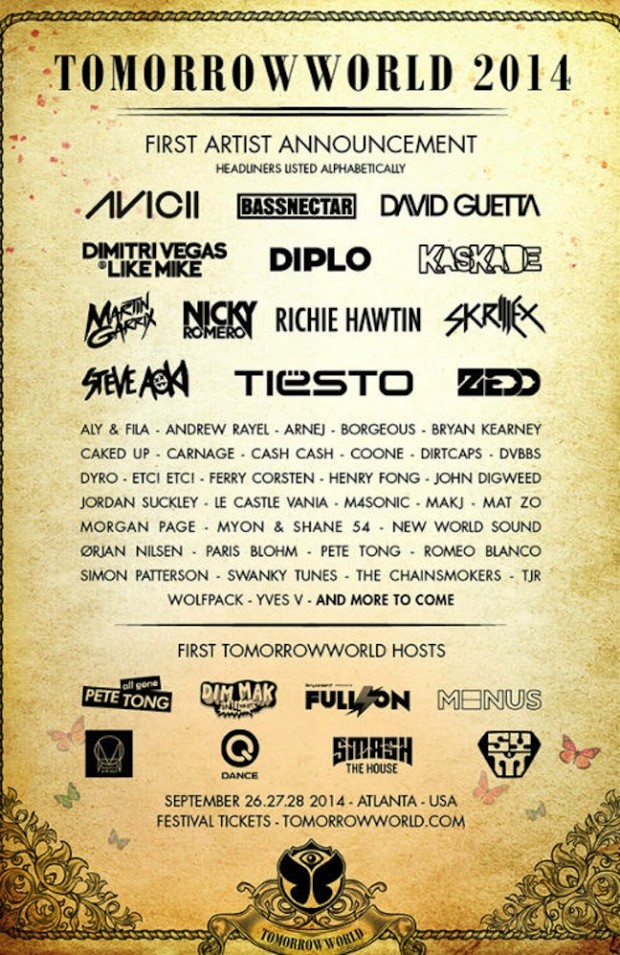