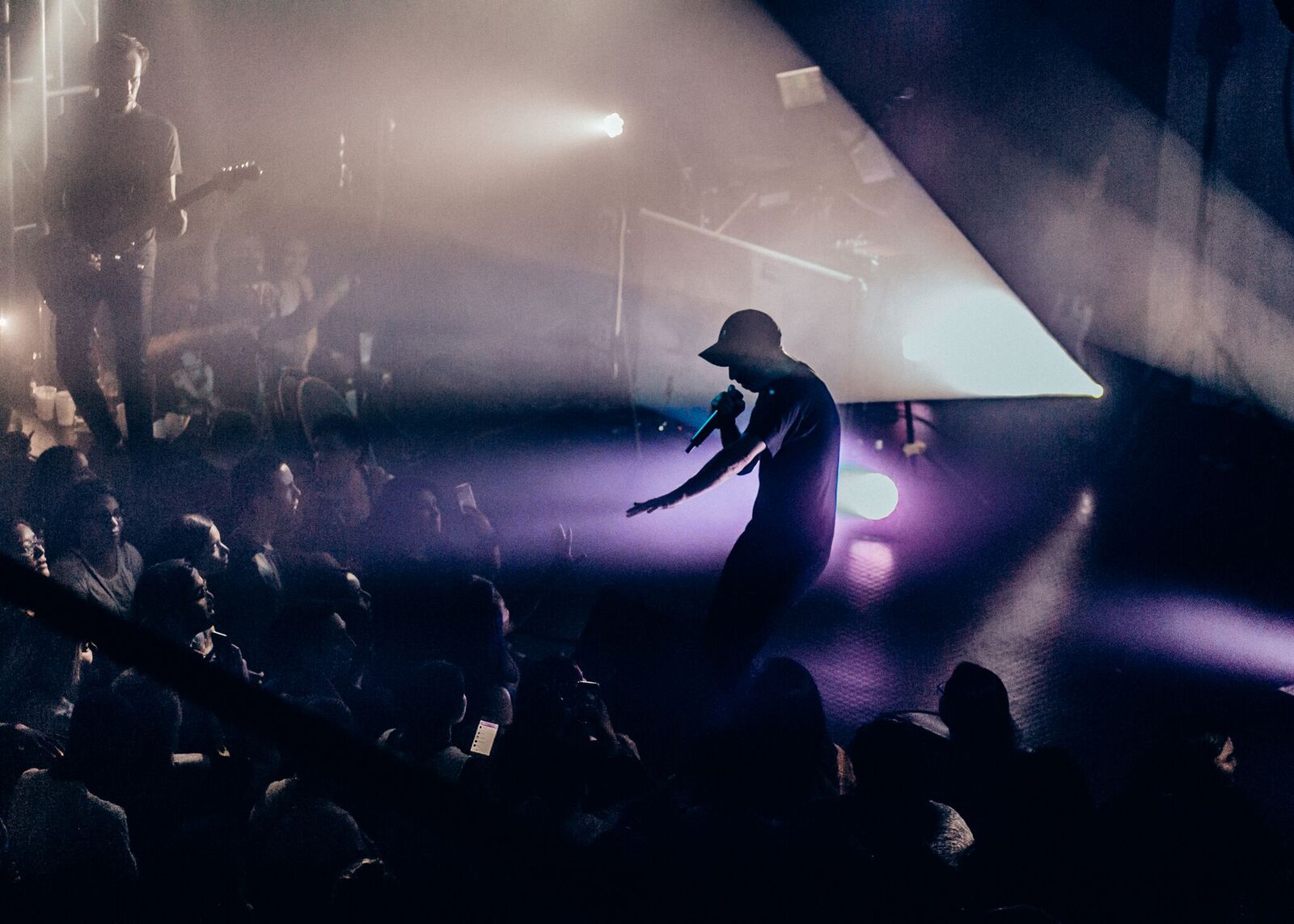 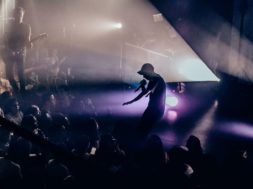 When someone like Grieves rolls through the Troubadour for a new album tour, expect to have your heartstrings toyed with. The reestablished Seattle rapper is making a statement with his Running Wild release that takes a new perspective on the same Grieves. 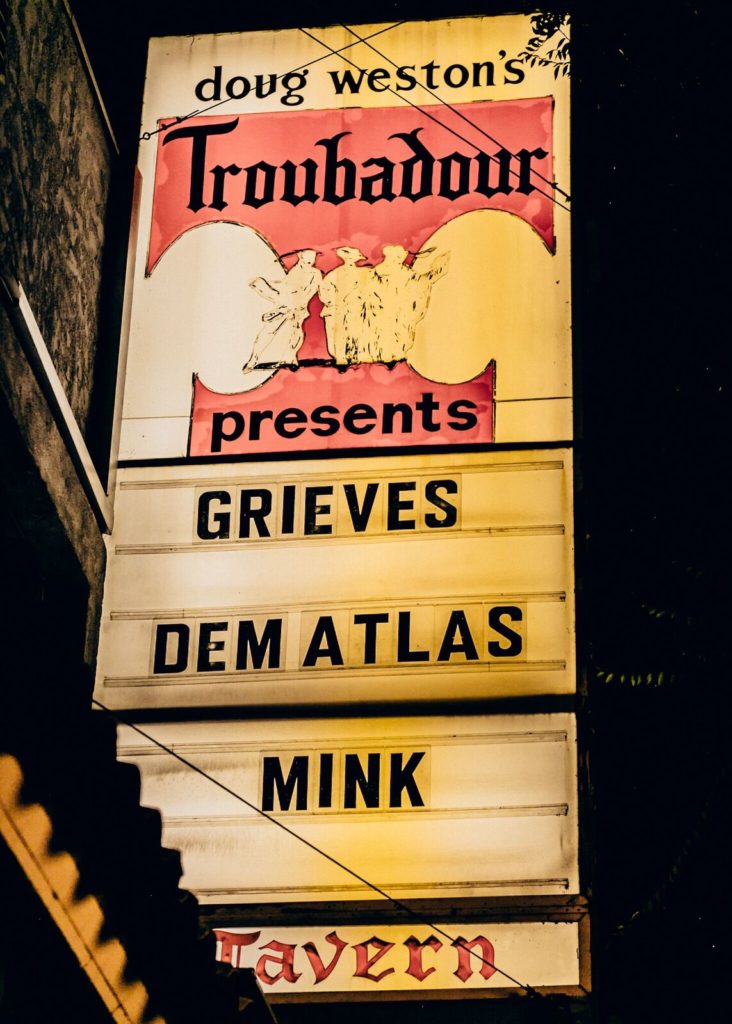 Leading up to the album release and third stop of the tour – Benjamin Laub (Grieves) was coined as this dark, depressing rapper who only makes tracks about heartbreak and addiction.

“I remember a review of one of my records where they were like, ‘This guy sounds like he’s hella intense and really shitty to hang out with.’ I’m like, ‘What the fuck?’ It’s actually the opposite. I wanted this record to reflect that a little more.”

Opening his set with “What It Dew” provided that lighthearted relief Laub is going for without compromising the honest gloom that is still a part of his music. Some people see a reinvented Ben, but it is more likely a side of him we have not yet come to know. After all, the new album isn’t some unrecognizable Grieves that is all sunshine and rainbows. 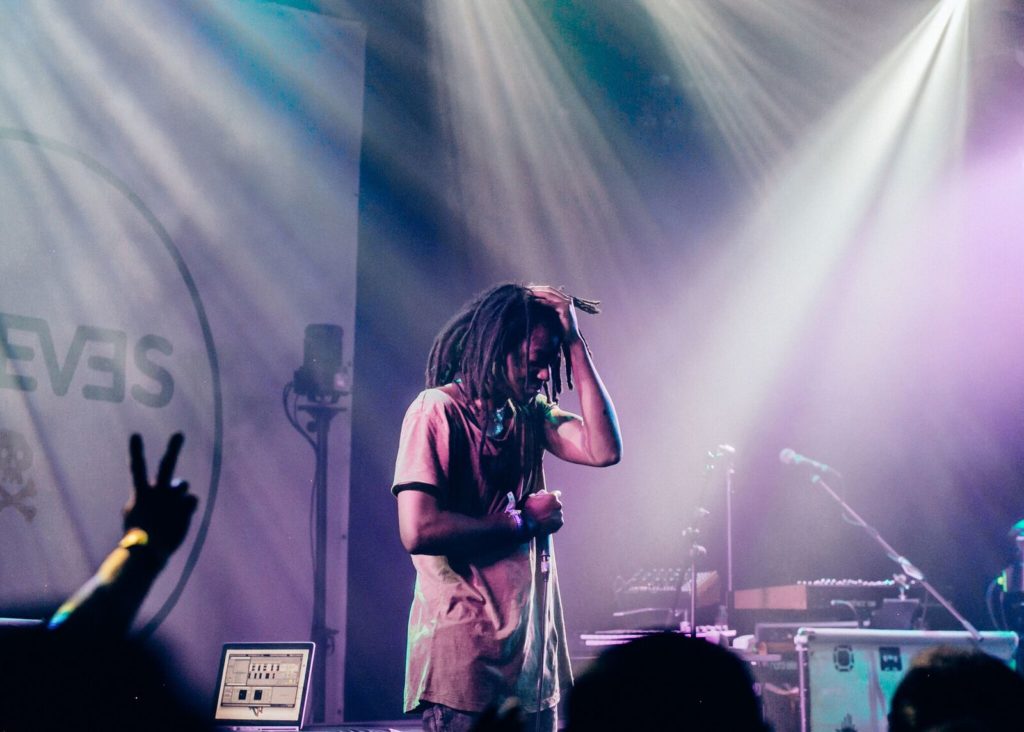 After debuting some of the new material, Grieves went on and intro’d his message explained previously. That he didn’t want to be seen as this broken down bummer of an artist. Running Wild is still Grieves, so is Winter & The Wolves, same with Irreversible, and so on. New tracks like “A-Okay” are not an example of a ‘new’ Benjamin but rather a different side that is still honest, fun, and raw.

In the midst of his little debriefing in between songs, the crowd was brought to silence as they listened. Laub strung the heart chords of every person in that room and established that his attempt to lighten some of his previous darkness doesn’t mean he changed.

And so he closed out with a smile saying, “Can we play some old miserable shit now?”

Then came the “hella intense and really shitty to hang out with” Grieves and everybody lost it. You can’t have a show in a small venue like the Troubadour and NOT bring back early Grieves. The levels of intimacy between artist and attendees were only magnified with the venue and close encounters. 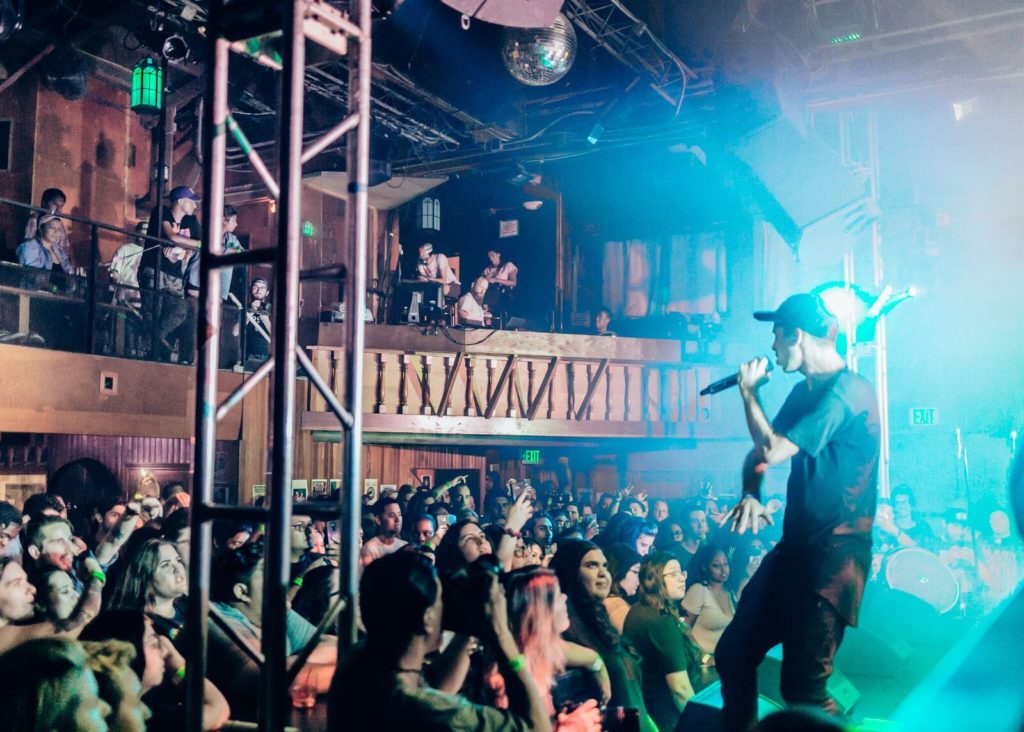 Sure – the night flew by as they generally do. We need to slow down every once in awhile though. It’s like we’re moving at…oh wait. What I’m trying to say is, the encore song was a nostalgic closer – “Lightspeed.” Almost satisfying enough not to continue chanting, ‘One more song,” but we all know there is arguably no such song satisfying enough when one of your favorite artists is walking off stage.

Cheers to an acquainted night of getting know to Grieves without conversation.