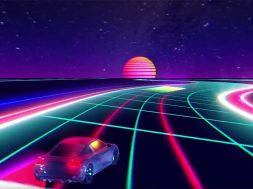 Kevin Parker, known better as Tame Impala, is leading the charge towards revitalizing contemporary rock. One of the genre’s most prolific figures, Parker has spent the past decade either in the studio or touring the globe. Since Parker started the project in 2007, he has released three full length studio albums under the moniker Tame Impala, each possessing their own signature texture. Tame Impala’s latest album, ‘Currents,’ was the Australian psych rocker’s most critically acclaimed project to date. The album, released in 2015, blurred the line between psychedelic rock and r&b influenced pop.

Tame Impala’s cult-like fanbase was on the edge of their collective seat when Parker originally teased the release of a currents B-Sides project more than a year ago. Now, fans can finally revel in the glory of three brand new tracks and two mesmerizing remixes, some of which date back to 2014.

“List Of People (To Try And Forget About)” is a throbbing, melancholic expose revealing Parker’s ever present nostalgia complex. Zane Lowe premiered the track on his Beats 1 Apple Radio show. Parker told Lowe that the track first came to fruition “towards the end of Lonerism.”

“I guess maybe one of the reasons it didn’t end up on the album is because it was started on so early and I was kind of so over it by the time I was finishing the album. But by the time I got to finish it, I was really satisfied with it as a song, and as a chunk of my creativity and emotion and stuff.”

A cosmic perfectionist, Parker’s body of work is a direct reflection of his inner most emotions. The EP includes tracks “Powerlines” and “Taxi’s Here.” The former includes spaced out vocal samples that reverberate throughout the track’s deep landscape, the latter plays like an 80’s synth epic, Parker’s brooding tone humanizing the robotic landscape of the track.