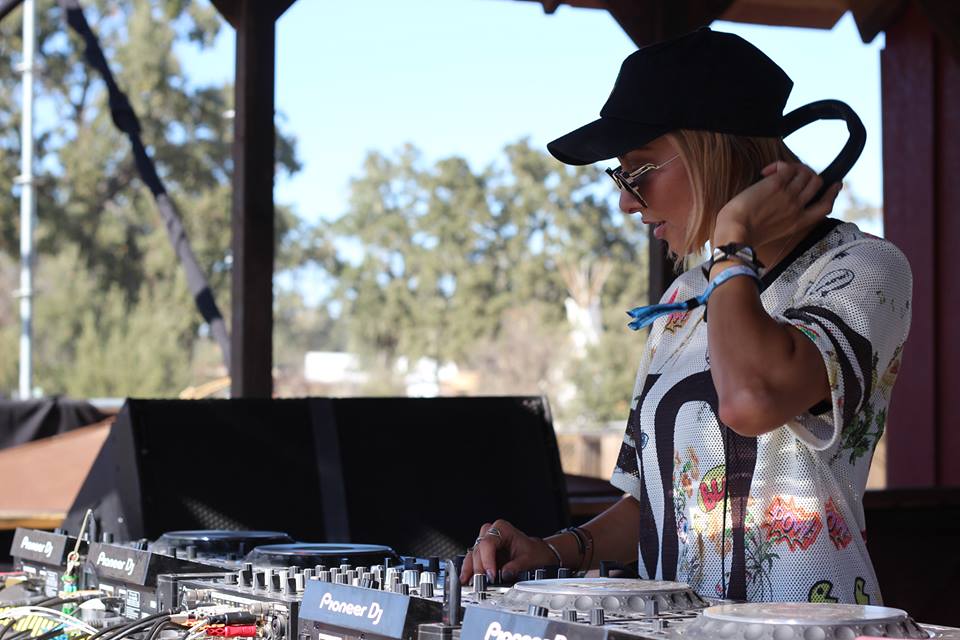 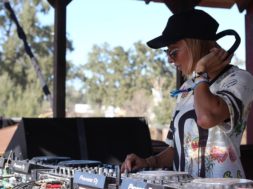 When asked, “Would you be interested in talking to the lovely house goddess, Lauren Lane?” there is no arm-twisting required.

Lauren Lane is an NY-born, LA-based, DJ/Producer who spends her summers living in Ibiza spinning percussive, weird, groovy house music. Just one week before Dirtybird played Ushuïa ANTS closing party and has been in the nightlife circuit of dreamlike venues such as Paradise, DC10, Music On in Ibiza, Rumors, and Elrow. Having just returned from a stacked summer in Ibiza, she was welcomed back into the States with open arms at Dirtybird Campout 2017 where we were able to have a short, but incredibly sweet, conversation about her travels, summer camp, favorite karaoke jams, and…pineapples? 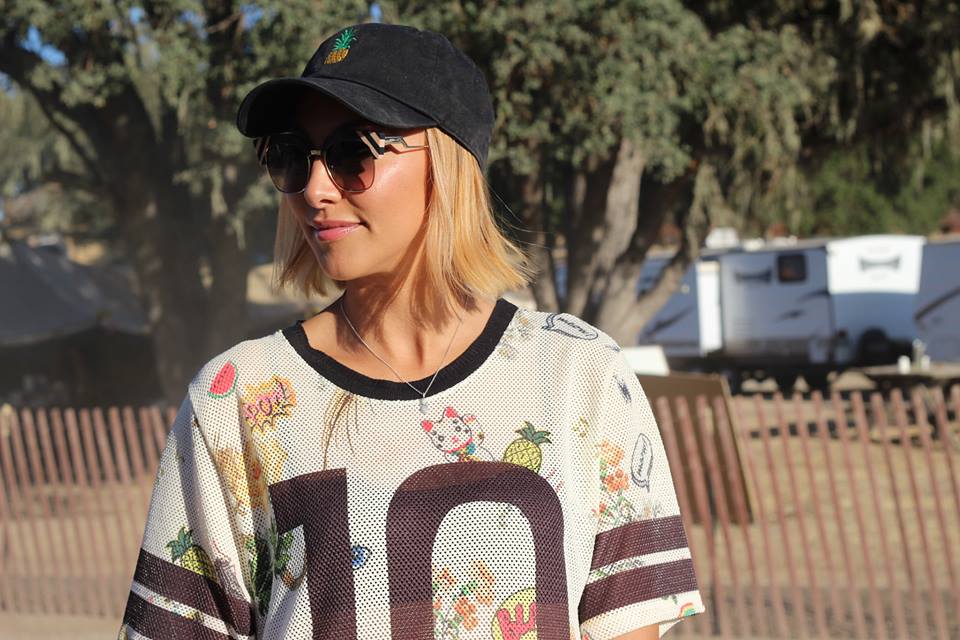 To be perfectly transparent, leading up to Lauren’s set I had no idea who she was. If you saw the recent S&S coverage at CRSSD, you’d know this is quite a learning experience for me so half the time I’m going to shows there is more than half a list of artists I am not familiar with. Come 3pm on Friday afternoon at Lake San Antonio, I was planted in the middle of a dusty Birdhouse Stage that had been sprayed down with a hose to prevent excessive upheaval of dust in the crowd. The hottest time of day was on full blast and we were stomping around in the mud pit to Lauren Lane’s one and a half hour funky house set, minding very little how much more it was heating things up. This is easily one of my favorite ways to experience new music. I’ve found some of my favorite artists by way of a sporadic recommendations or by simply following my ear. And so I followed the sound and I listened. I listened real good. And dayum was it good! After the set I got to link up and get all ‘fan girl’ with Lauren. 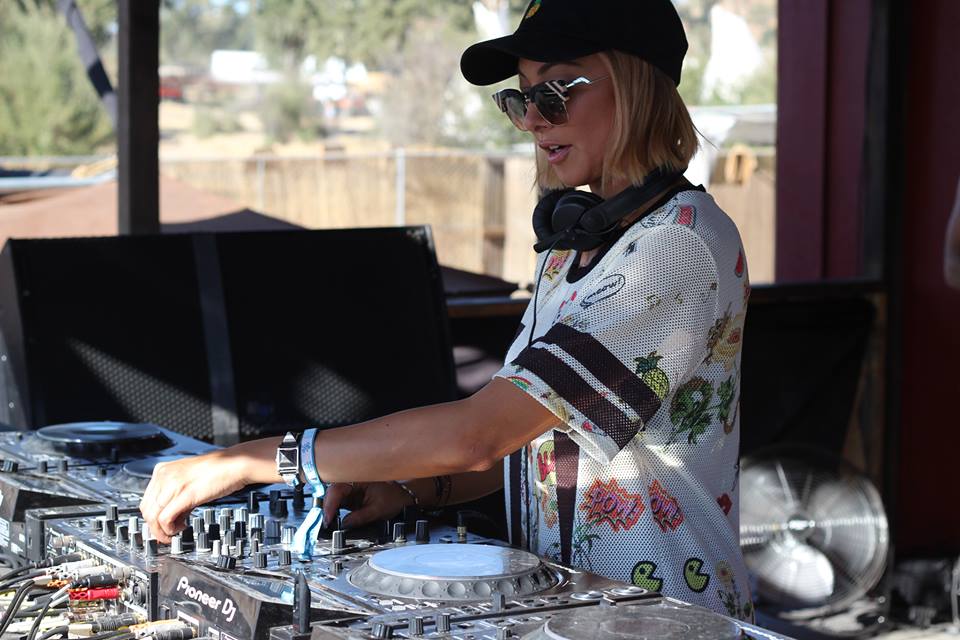 Europe seems to be way ahead of the game with music, no? What’s it like bringing back that sort of influence to the U.S. from a summer in Ibiza?

Yeah! I used to live in New York for a long time and I thought NY was like this end all be all – cause it’s New York City – but then the first time I went to Europe and I went to Ibiza I was like, “Holy shit! This is a whole other level that I had no idea about!” It was really inspiring to me as a DJ for many reasons just because it opened me up to a lot of different styles – more minimal more tech house – that I never heard before and I definitely brought it back with me. I started playing the music of all the people I discovered while I was in Europe and it definitely heightened my sounds and set me apart from a lot of people in the US. Because at that time not a lot of people in the US were into that kind of music. This was even before the EDM boom. And then EDM kinda hit and people were really into more commercial sounds. Then deep house became more popular, but it’s always been kind of like, the Europeans doing tech house and minimal and techno have always been really influential to me and I tried to bring that when I moved to LA and became a resident at Sound. I knew at that time it was like so much EDM in the west coast. And there was still other bass and deep house and you know, people that have been doing good music for a long time like Doc Martin, Marques Wyatt, DJ Harvey – I’m not trying to say like “I was the first one,” cause I definitely was not but I was happy to be able to like reach an audience of new people that had never really heard that sound before and kind of like open their mind and ears to it. 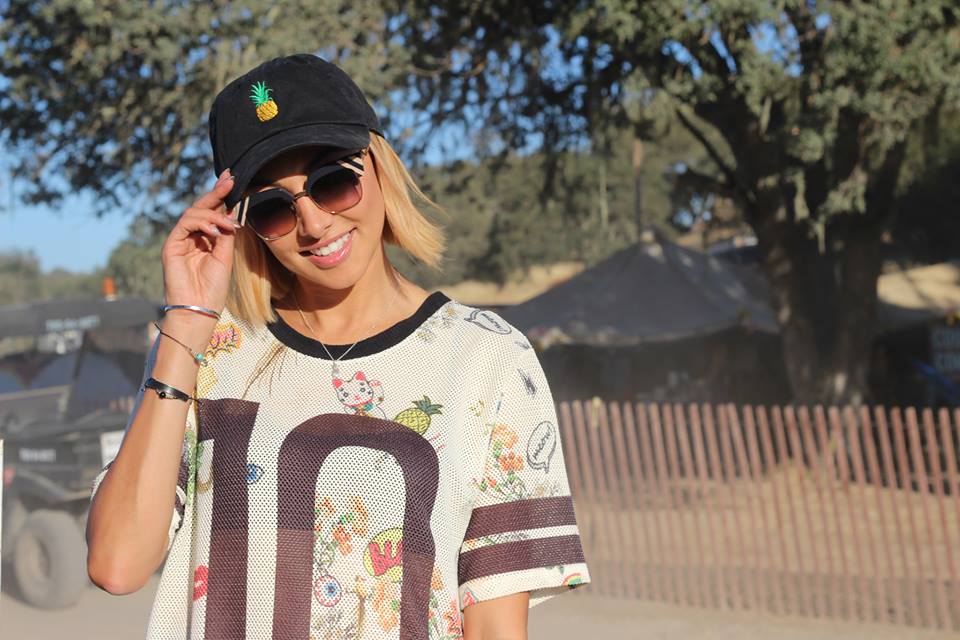 Is there something going on with these pineapples here? (Notice the pineapple necklace in the pic above?)

*giggles* I love pineapples! I actually don’t like how they taste that much. I’m more into watermelons. I like theme. It means ‘welcome.’ It’s a world welcome symbol.

You learn somethin’ new every day!

And I like how they’re kinda geometric and yellow!

In the spirit of being at a summer camp did you do summer camp stuff when you were a kid? Is this big kid summer camp at it’s finest to you?

I did more like an arts summer camp. I would do fine arts summer camp, I did ballet for a long time, I did dance summer camp. I wasn’t in this sleep away type situation, but I did do specific subject summer camps and always loved it. And it’s really funny you just asked me that because I just did like a little mini quote for Mixmag and they asked me what I thought about closing time at Ibiza and I’m like, “It’s kinda like the end of summer camp when you say bye to some of your friends.” You see the same people all the time in the summer at the same places and it becomes like a little family and I feel like that’s kinda what summer camp is like. So – I just left my summer camp and I’m sad (said with a grinning smile). But this was SUCH a nice welcome back to CA because like I said I felt like “Ughhh I’m gonna miss my friends.” And then I went to like…a real life summer camp and there’s the games and everything. I actually wanted to join in on the potato sack races but I didn’t have any color yet. So I think I have to wait. But when I was DJ’ing, apparently I got signed up for karaoke somehow!

**At this point I tried persuading Lauren to come join Team Orange. Who else was on the Orange Team at Dirtybird!? Represent! 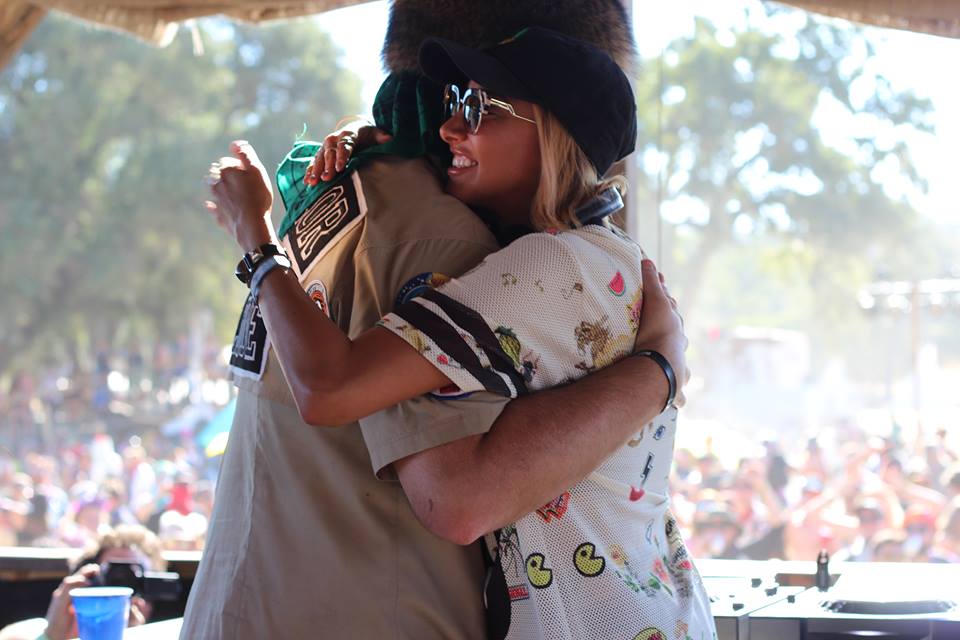 I heard that! Counselor Claude put you on the spot with that one (haha). What would your go-to karaoke song be?

My go to is – I mean – I like to wait until the end of a karaoke session to bring it home with Bohemian Rhapsody. There’s so many emotions!

Proper! Yes! It’s like up beat enough to keep you there and not be like a typical “Ok this is slow and we hate you for singing this.”

It’s the little things that make us feel like we’re at home. Speaking of which, what’s it like being here at Dirtybird on the same grounds (kind of) as Lightning in a Bottle (which you played at earlier this year)? How is it being at like…the same place…but different now?

This area is just so beautiful and it’s always good to be in nature. The weather is just perfect so I don’t know how anybody would not like it here!

This one’s also in the spirit of summer camp. How do you channel your inner child?!

I don’t think I really need to channel it cause I don’t think I ever truly grew up! I accept my responsibilities more than I did but I have the coolest job ever. I get to play LOUD music to people having a great time and I don’t get in trouble with my parents. So it’s good to be me haha.

Thanks for chatting with us Lauren! Had so much fun at your set. So much fun talking. And I can’t wait to catch some local shows soon! Be sure to check her out on SoundCloud – you can taste Ibiza…