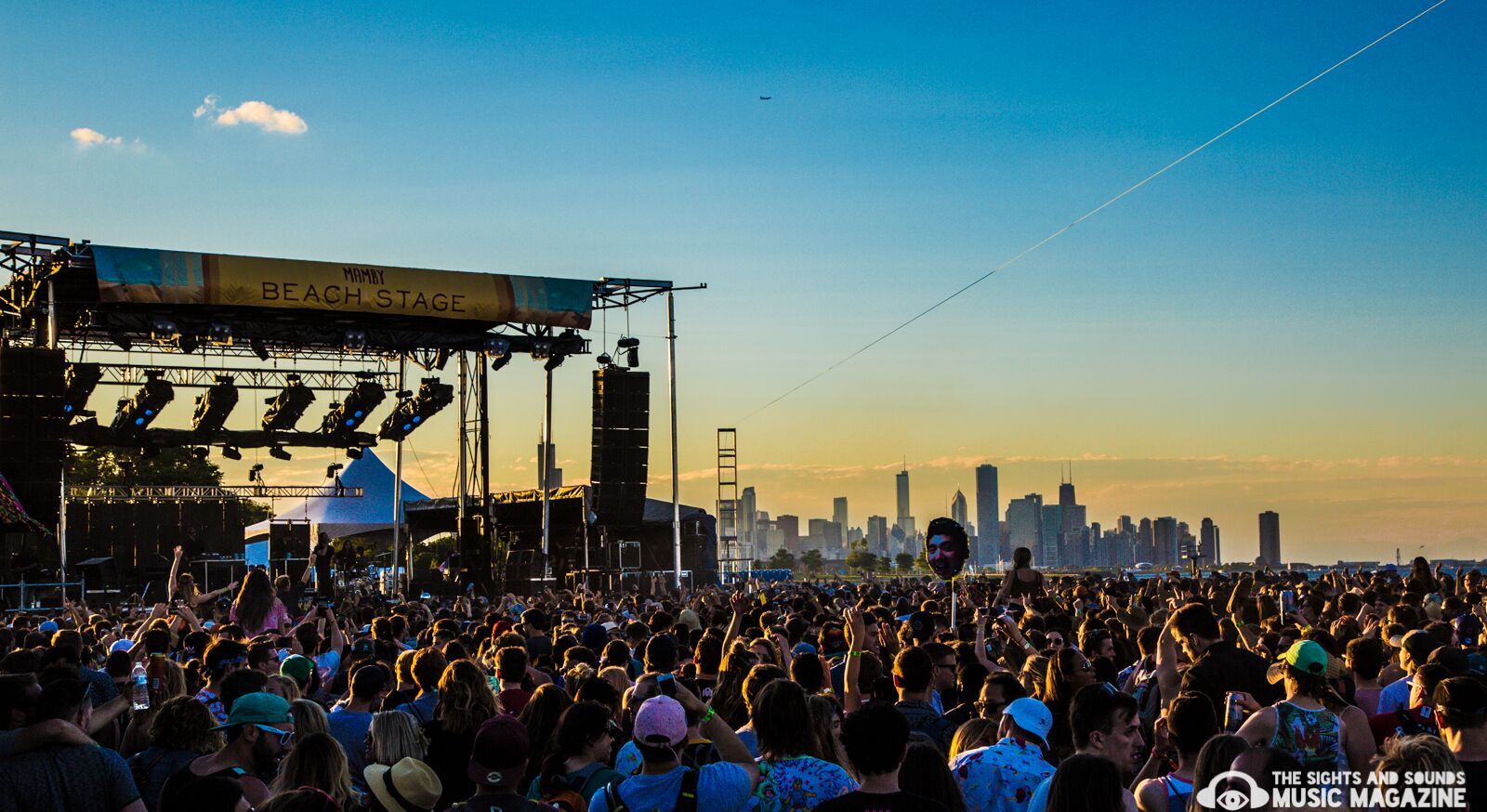 Mamby On The Beach sailed onto Chicago’s Oakwood Beach over the weekend of June 24th and 25th bringing smiles to over 30,000 faces for the third year in a row. The eclectic chill out extravaganza consisted of a well thought out multi-genre lineup, four stages, a multitude of activities and food and drink options, and plenty of sunshine. A wide variety of relaxed, colorful, beach goers were treated to a friendly, warm atmosphere, a plethora of visually pleasing decorations and art installations, and of course, some of the best electronic, dance, rock, and hip-hop acts in the world. React Presents, partnering again, with Bam Creates, created one of the most exciting and relaxing festival experiences Chicago has to offer! 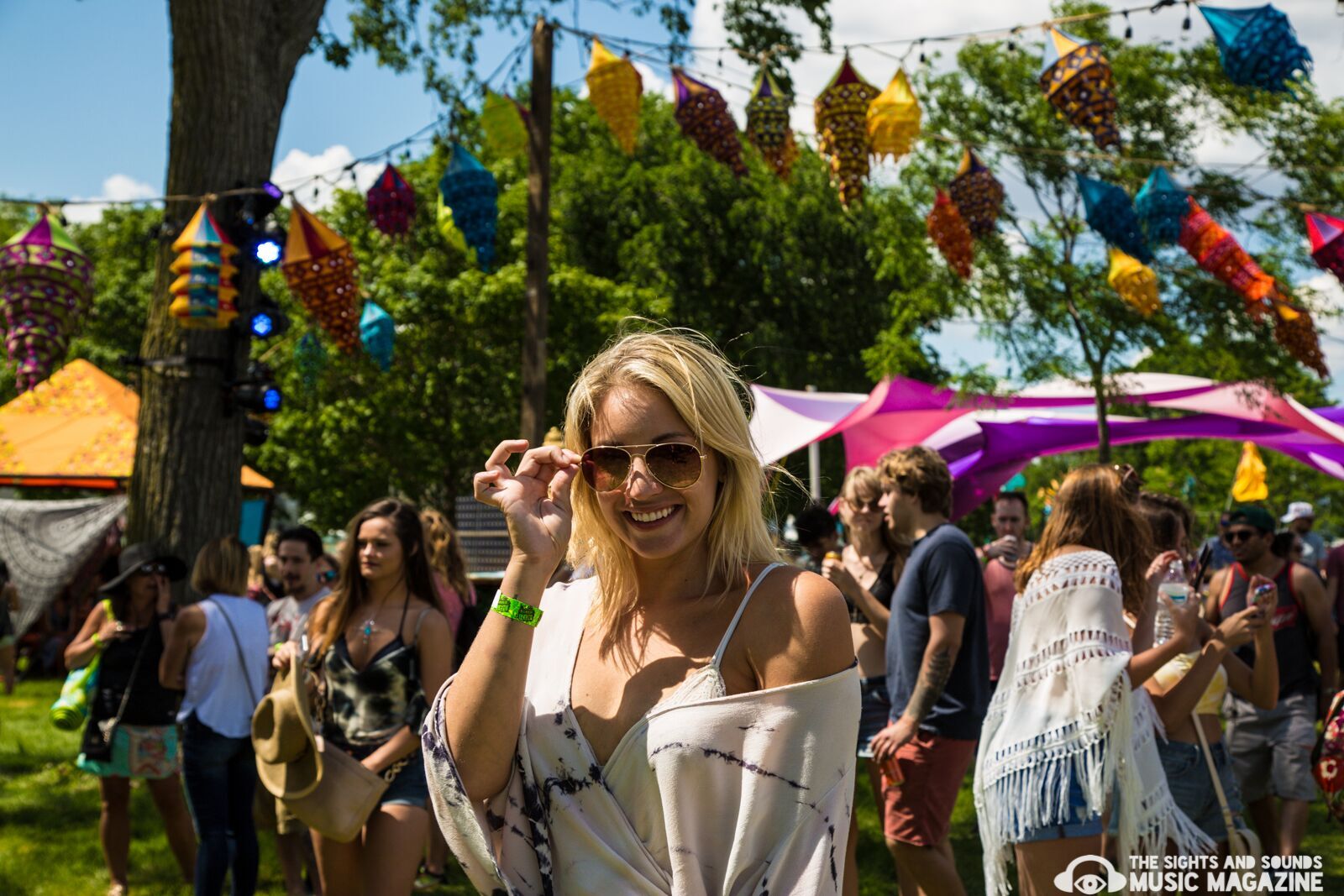 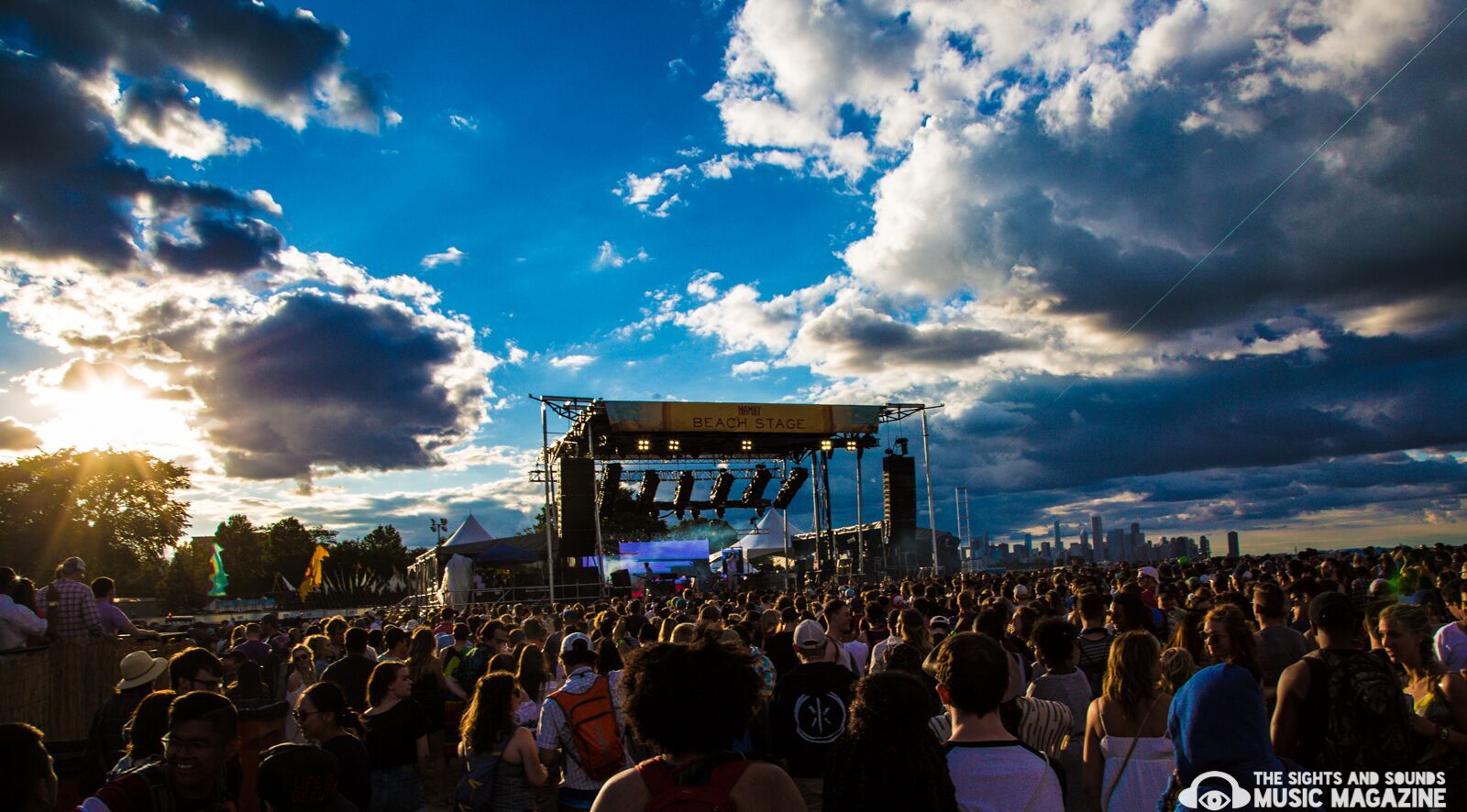 Saturday’s lineup included big chart acts such as Swedish indie pop favorites Miike Snow, Philly duo Marian Hill, and psychedelic rock darlings MGMT, who brought majority of the festival’s attendees to the Beach Stage to close out day one of the festival.

Although, he performed for a relatively short time, R&B/soul singer BJ The Chicago Kid, entertained a large crowd with his offerings such as Roses, accentuated by drums and live instrumentals. The perfect beach weather allowed for both, a sonically and visually appealing experience, as the artist glowed in the sunlight in front of his numerous fans. 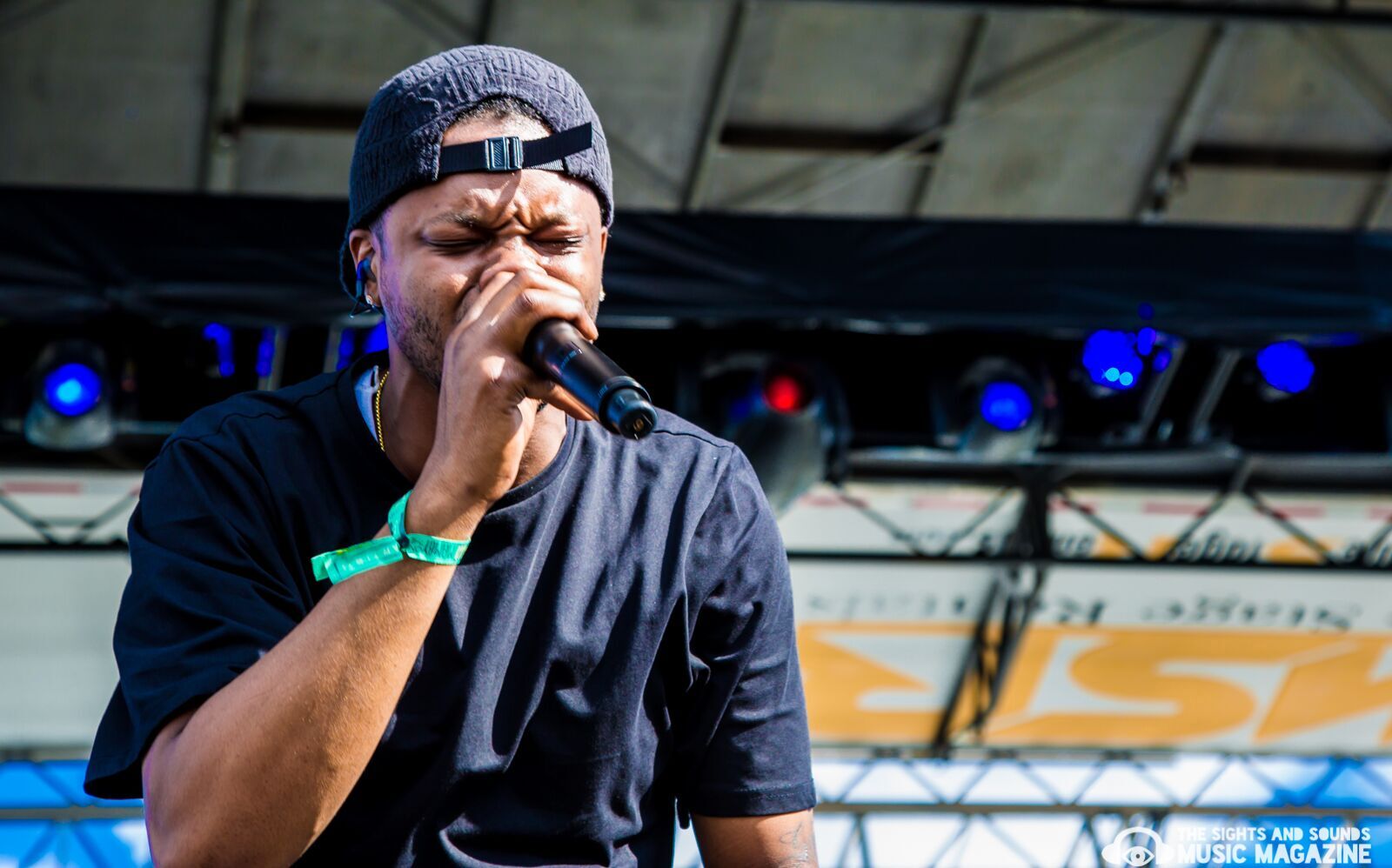 Another Chicago native, rapper Saba, drew big crowds over at the Park Stage as he performed his energetic set including songs like Church/Liquor Store, which he dedicated to his late cousin John Walt, who was murdered in February, and Angels, his collaboration with fellow Chicagoan, Chance The Rapper. The 23 year-old MC climbed on barricades and interacted with the crowd throughout his entire set, making it one of the festival’s standouts. 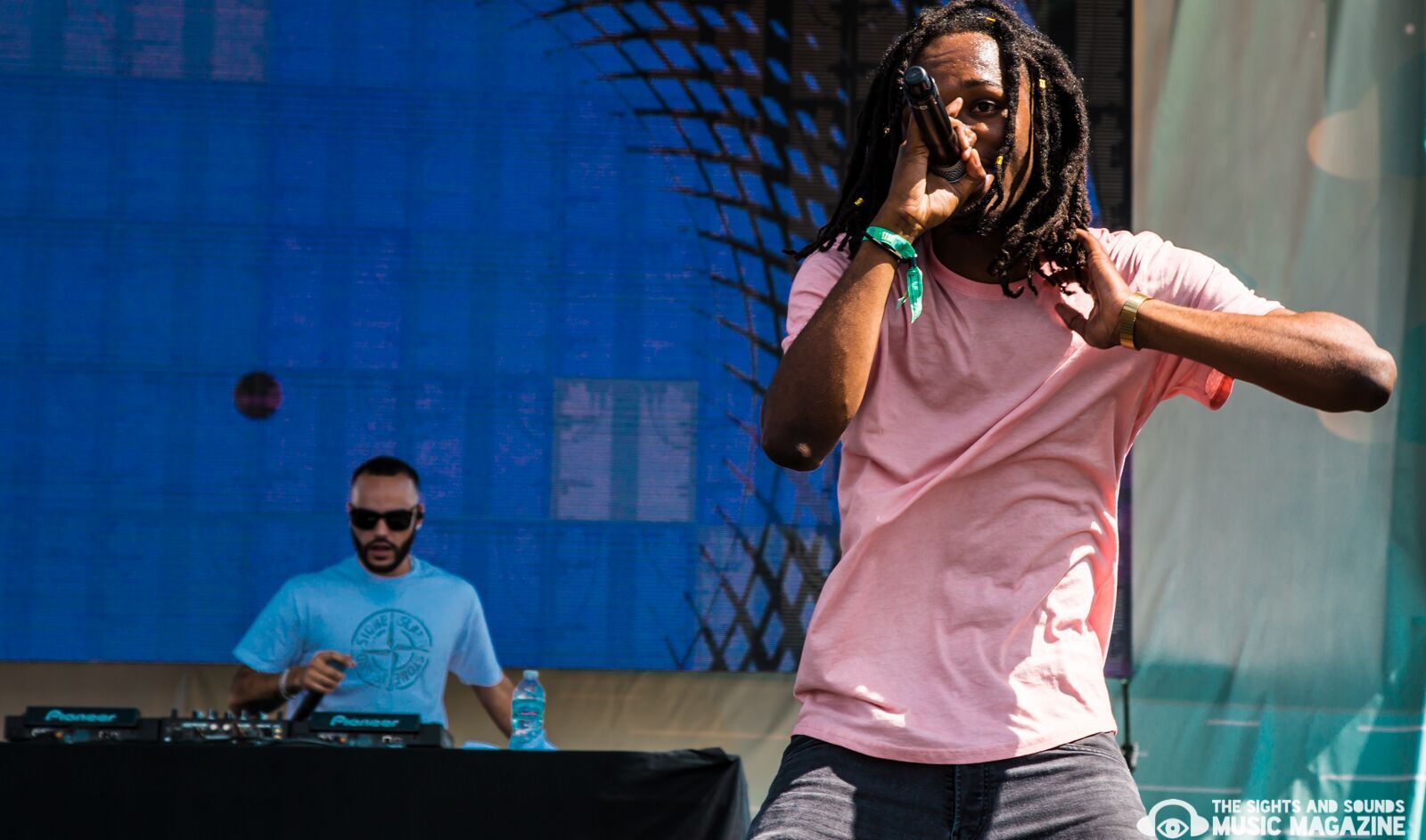 Sunday’s highlights included French producer Klingande, who mixed a healthy dose of current dance hits and 90’s house jams along with his hits Jubel and Somewhere New. Some of dance and electronic music’s biggest names Sam Feldt, The Magician, and Tchami, each took the audience on blissful sonic journey characteristic of the subgenres they help to cultivate. 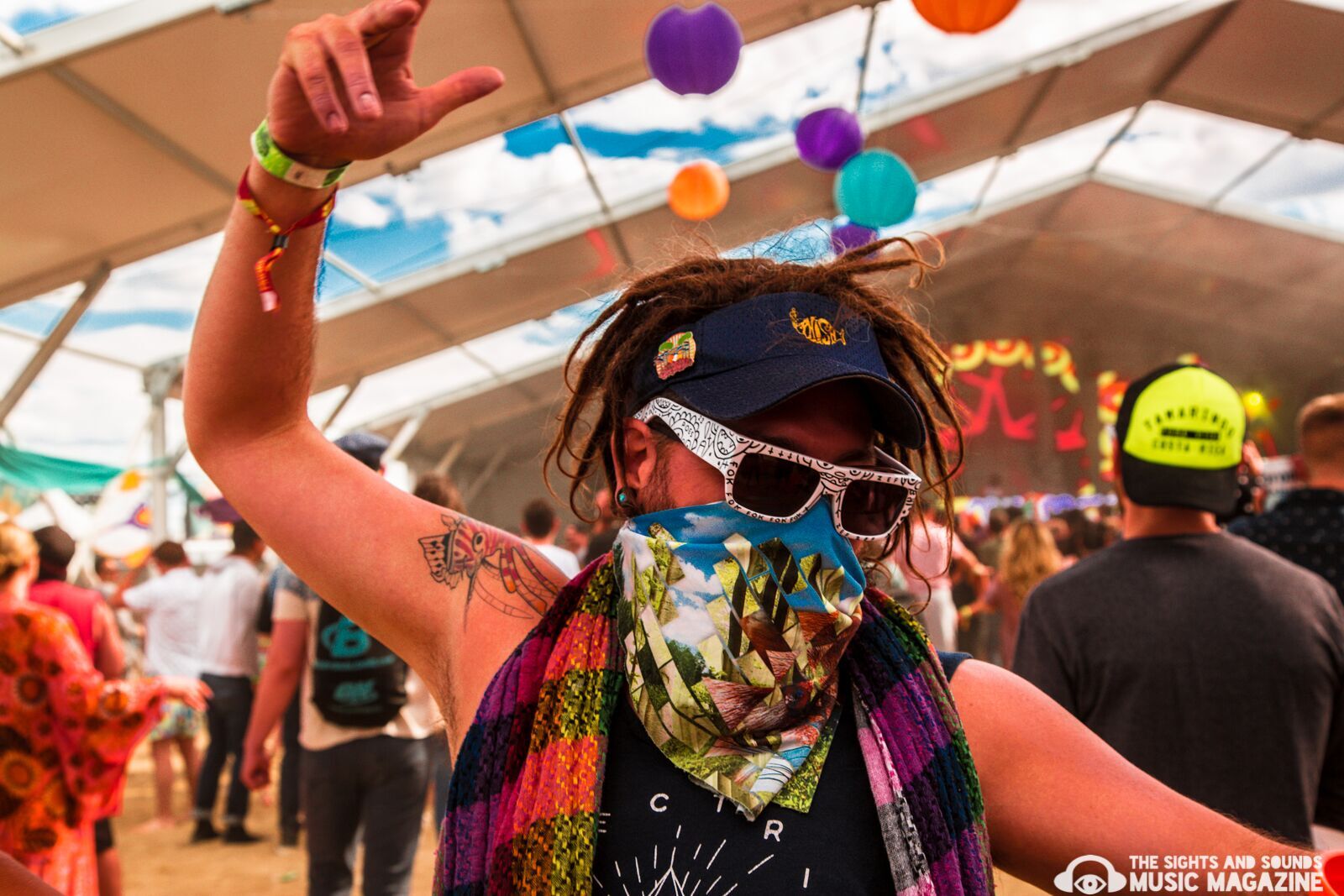 In spite of considerable crowds showing up for headliners Walk The Moon and Flying Lotus, the Mixmag tent was clearly the place to be for majority of the day’s late afternoon and evening as dance music heavyweights Lee Foss, MK, Justin Martin, and Chicago’s very own, Green Velvet kept the party going non-stop. Hot Creations label-mates Lee Foss and MK brought some of the summer’s freshest house offerings to life while Justin Martin had the entire tent booming with his funky and booty-shaking brand of house that made him such an essential part of Claude VonStoke‘s Dirtybird label.

The night concluded with a bang as house music legend Green Velvet played a crowd-pleasing set comprised of many of his chart topping hits such as Sheeple, Voicemail, and La La Land. He was joined on stage by long time collaborator singer Dajae, who urged the crowd to “Work It!” while a large group of friends and family danced onstage behind her. 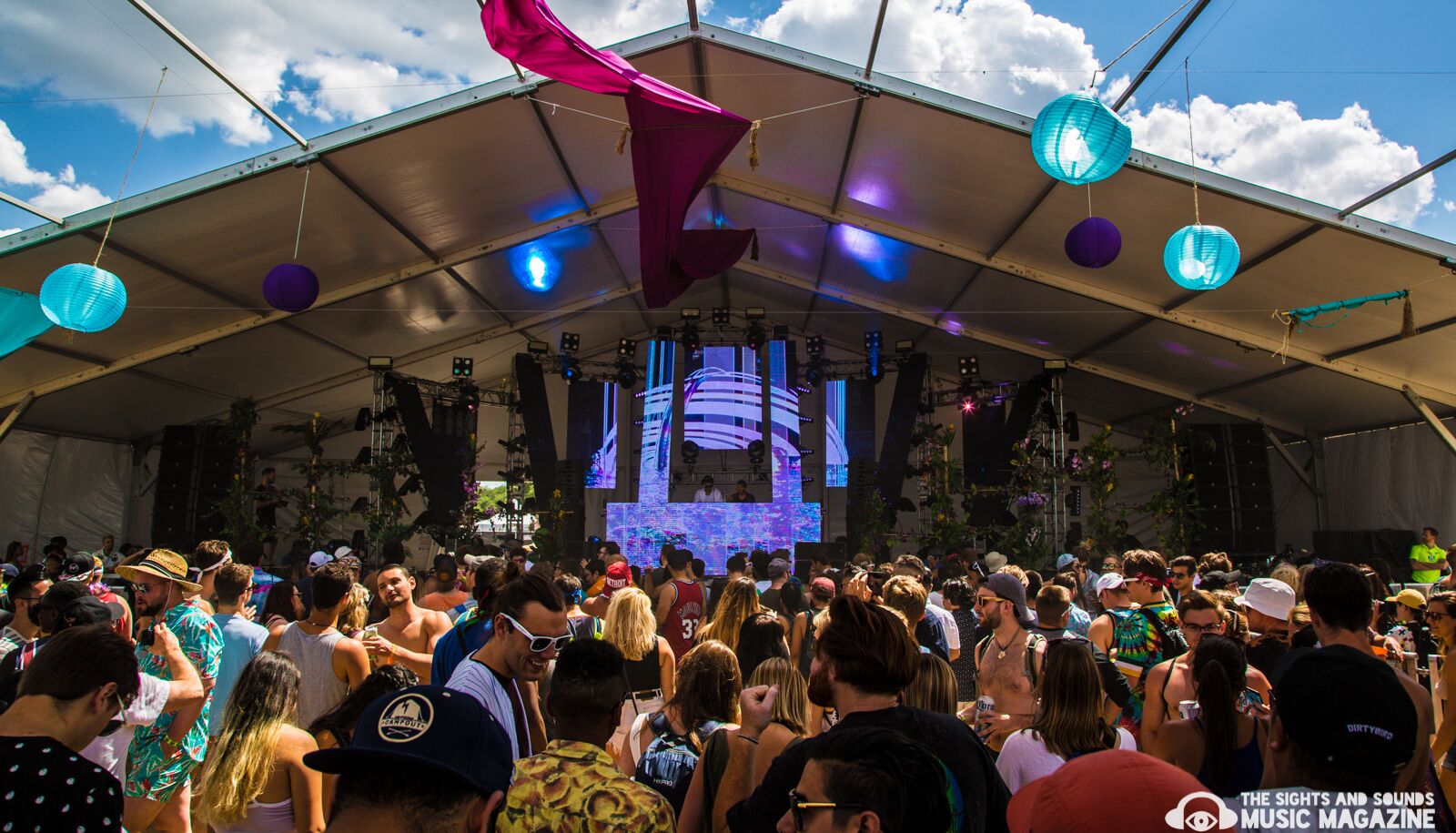 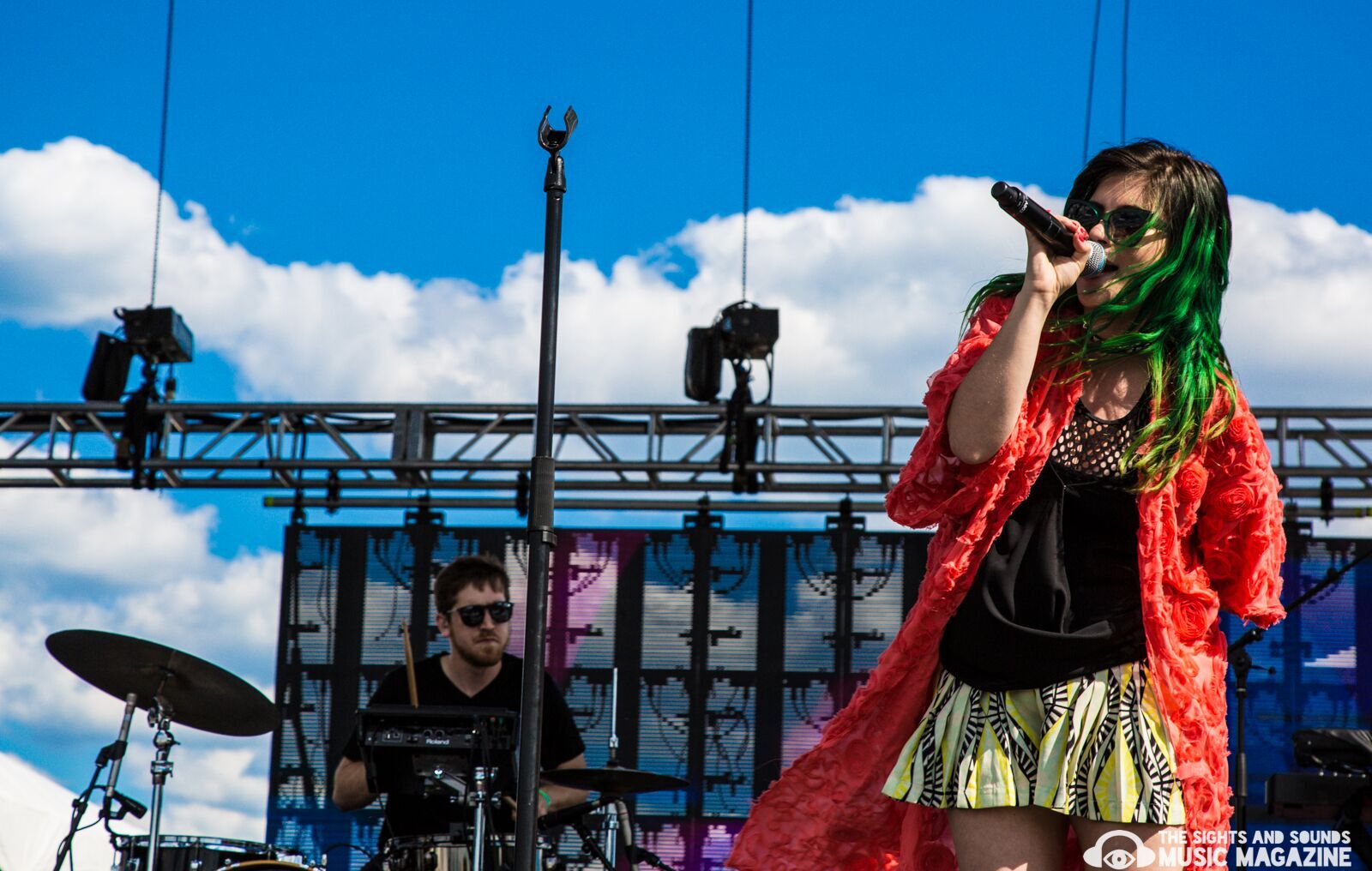 For a third year in a row, React Presents has teamed up with some of Chicago’s best event creators Bam Creates. The nightlife curators and tastemakers have again, built several structures placed around the festival grounds, which naturally helped to create some great photo ops for attendees. In addition to multiple colorful decorations and structures, the guys helped to set up several of the wellness workshops including henna stations, live art displays, and yoga sessions run with the help of the Solarbeatz truck and some of Chicago’s finest nightlife personalities. 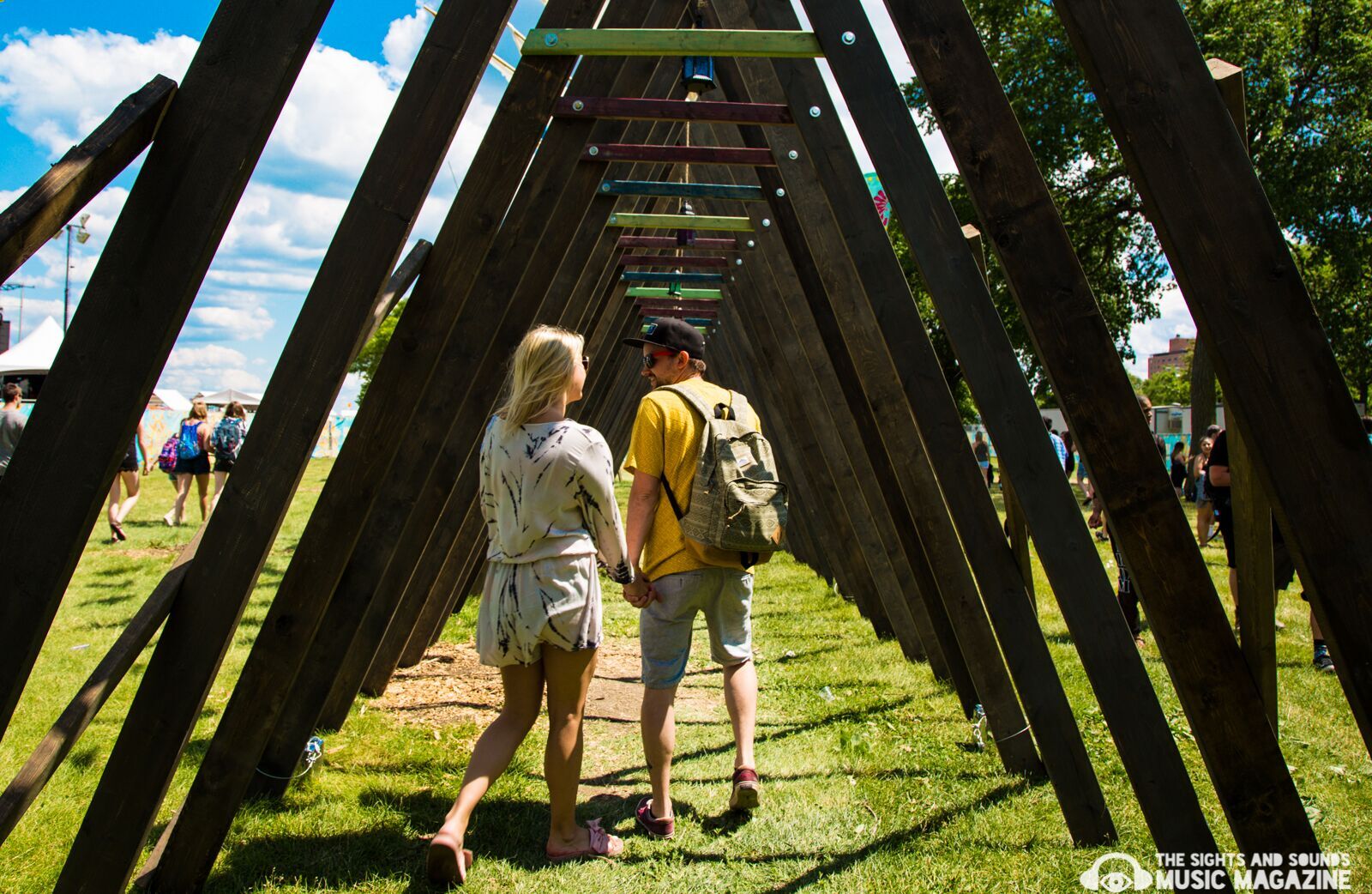 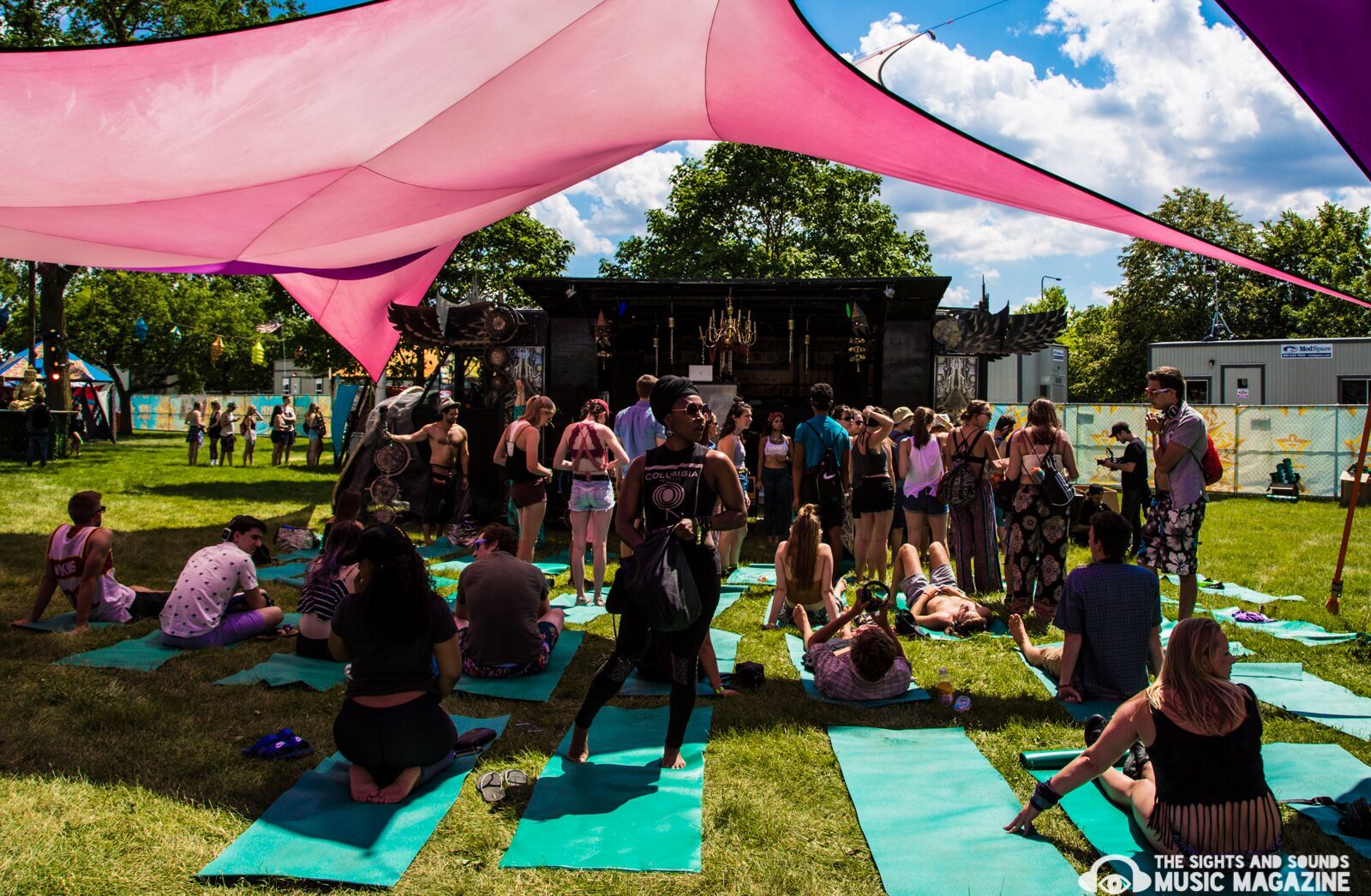 One of the more memorable art installations present at the festival was undoubtedly Pulse Portal by Davis McCarty. The beautiful dichroic sculpture, featured at such festivals as Burning Man and Hulaween, brought many attendees together as it has the ability to look stunning at any time of the day reflecting colors and light from multiple angles at once. 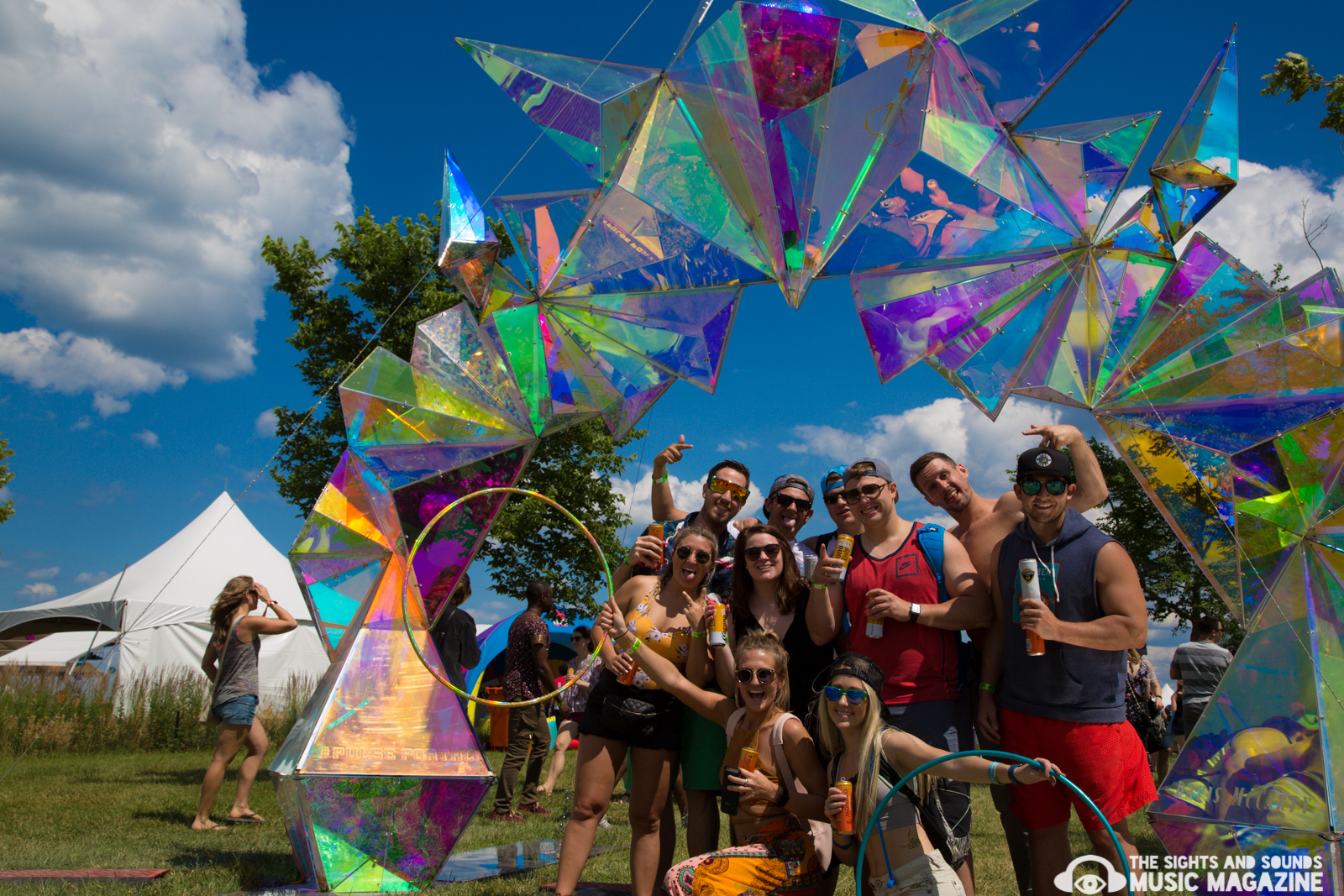 In addition to the many activities, patrons were also able to play volleyball, witness live art displays, or simply tan on the beach while jamming to the diverse and eclectic lineup of artists and DJ’s. 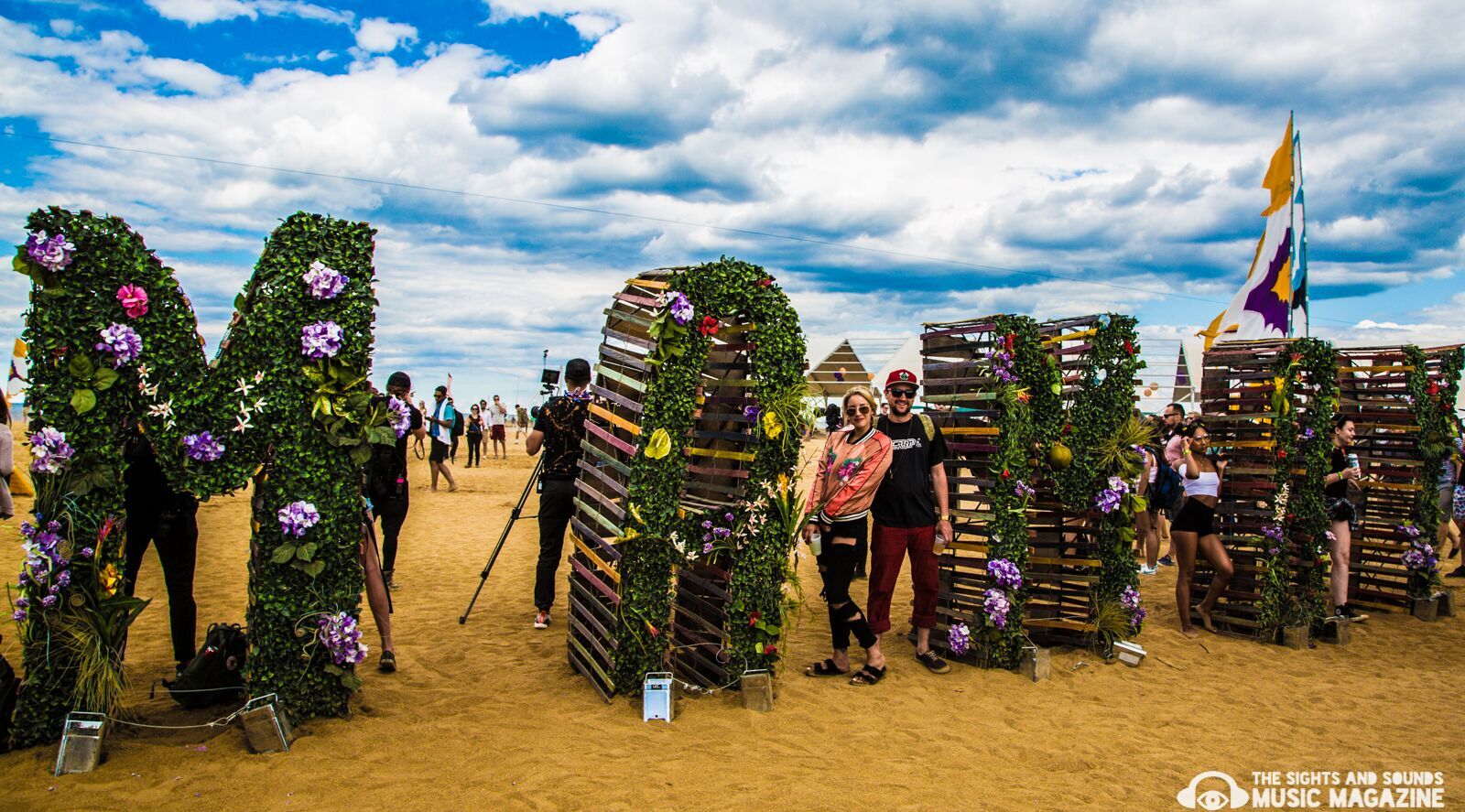 While many festivals don’t place too much focus on the quality of food and beverage, this was definitely not the case with Mamby. From red and white wine to Coronas and Mike’s Harder Lemonade, attendees were able to choose from a variety of spirits such as Monaco vodka or tequila cocktails or taste some infused creations over at the Jim Beam Apple Bar. Some of the food vendors who provided many different options included Leghorn Chicken, Wooden Paddle Pizza, Doom Street Eats, Porkchop, and Fresh & Jive. 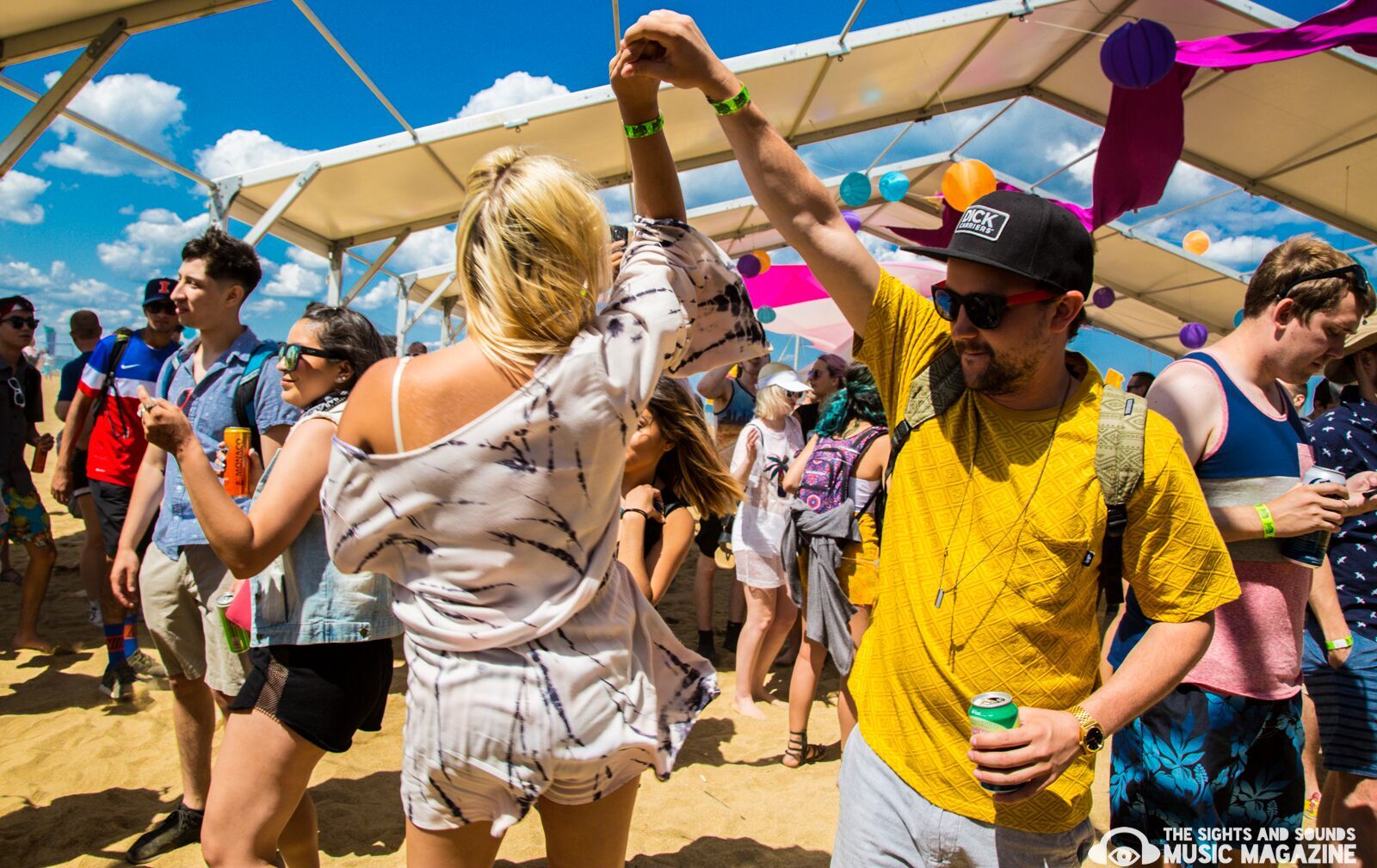 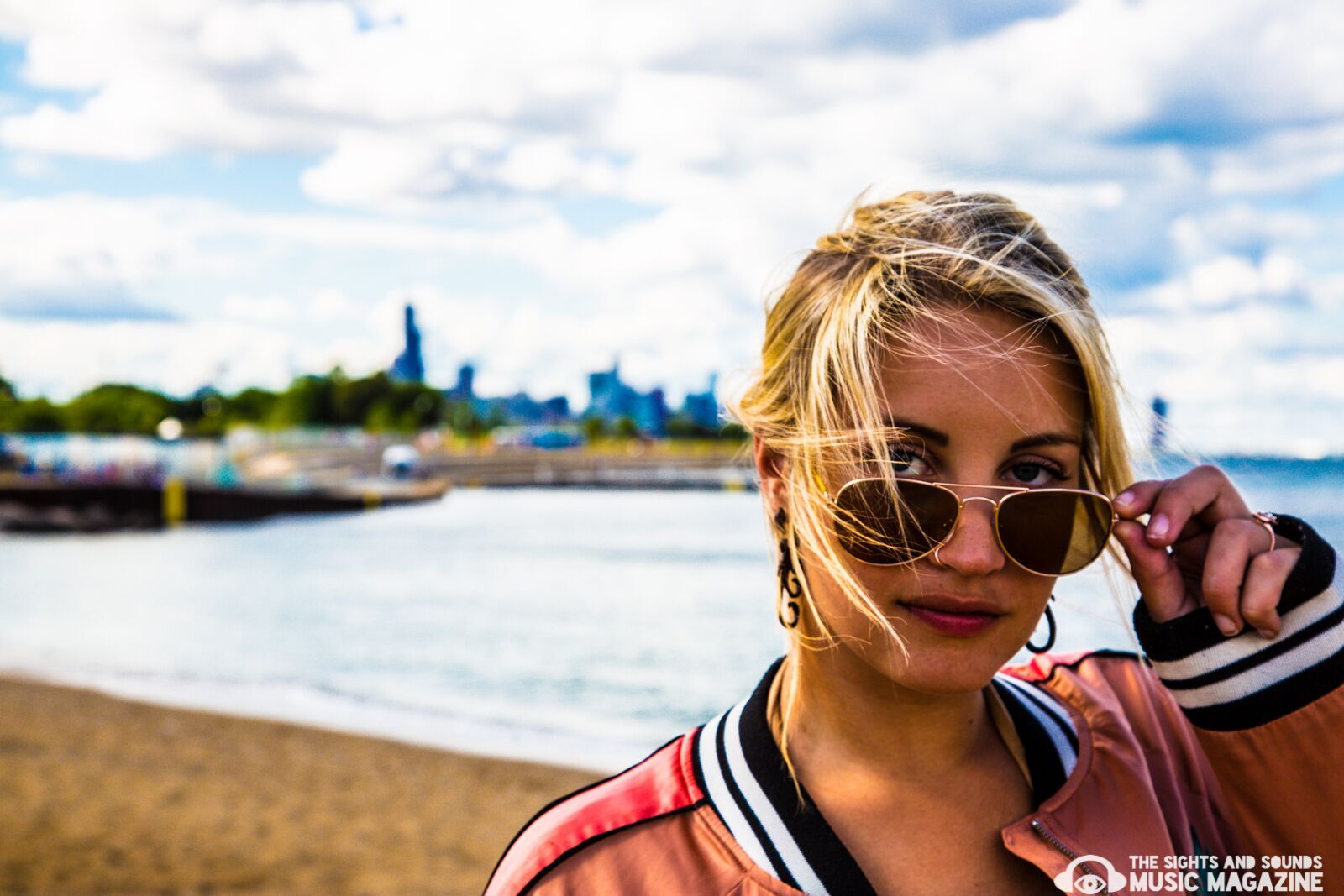 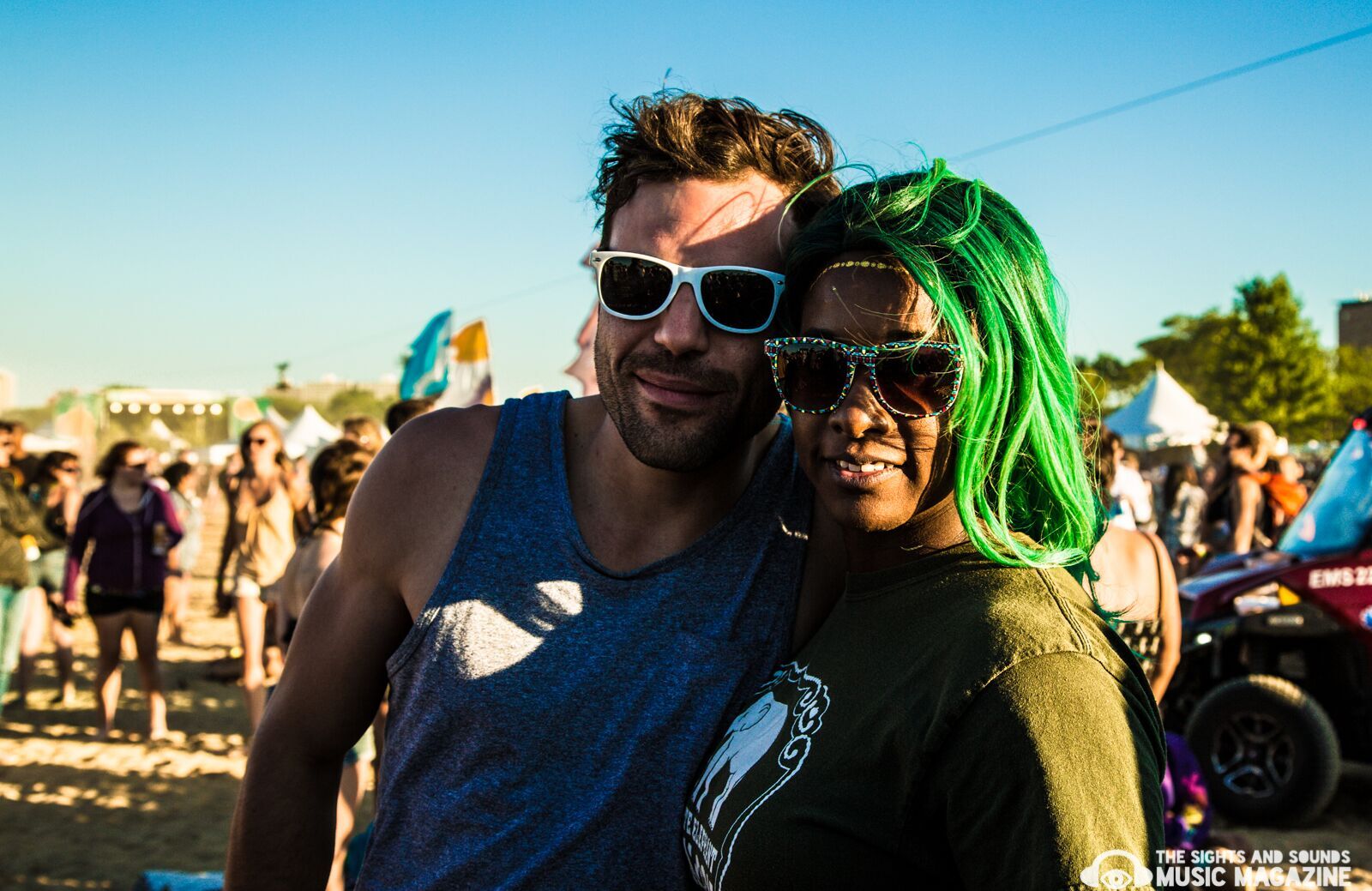 In addition to the many options available to guests, both nights of the festival ended with a beautiful firework display post sunset. This only added to the event’s perfect balance of visuals, music, weather, and location. While only in its third year, Mamby On The Beach has proven to be quite a success for React Presents and we can’t wait to see what the next few years have in store!