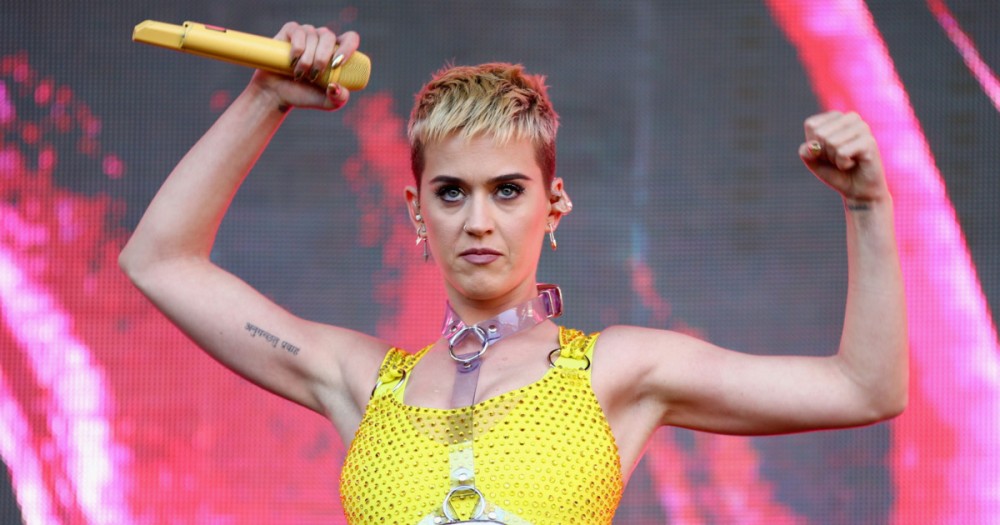 On Friday, May 19th, Katy Perry released the third track off of her fifth studio album, Witness, entitled Swish Swish. The Roland Clark-sampling and Duke Dumont-produced deep house track seems to have all of the right ingredients in terms of production credits; however, the track quickly drew criticism (and a plethora of laughs) from fans and critics alike (and Ruby Rose) leaving many wondering if the highly prolific pop superstar has lost her mind (to say the least).

While promoting the track during various television appearances last week, Perry denied claims that it is about said frenemy Taylor Swift on the Tonight Show only to later confirm the rumors during her Carpool Karaoke stint on the Late Late Show with James Corden, calling the beef “crazy” and saying that “It’s about backing dancers!” Although, her explanation seems to make sense and shows that the incident is petty and ridiculous, Perry’s strange dancing and exaggerated singing did nothing to quiet the “crazy” rumors. Even worse, her bizarre appearance as a musical guest on SNL just few days prior, sparked numerous discussions about cultural appropriation and created a plethora of viral memes that do not seem to favor the singer in any way, shape, or form.

So How Did We Get Here?

Not sure how things escalated so quickly but the public backlash began when earlier this year, Perry released the first single off of Witness, Chained to the Rhythm and suddenly branded herself as a “political activist.” The Sia-penned, dancehall-inspired tune did quite well peaking at number four on the Billboard Hot 100 and in the top fives of multiple countries around the world; however, the newly “woke” Katy was not what the public was ready for.

Two and half months later, she followed up with Bon Appetit (featuring Migos), a song full of double entendres involving food, accompanied by a nothing-less-than-creepy video where she is being rolled by multiple chefs like dough and cooked in a boiling pot of water before being served to eat at a giant table, further fueling rumors that she is nothing more than a pawn of the cannibalistic, ruling elite and articles like this one. Despite Perry’s heavy promotion of the track and her doing almost anything for it to take off, it was a relative flop peaking only at number 59 on the Billboard Hot 100, and not doing much better elsewhere around the globe. As reported by Billboard, the single has now been replaced by Swish Swish as the official second single from the album.

Which brings us to this point. Barely three weeks later, she releases Swish Swish which again, does nothing to help matters, but further fuels the avalanche of negative press, including numerous unfavorable reviews, and concerning opinion pieces from multiple major media publications. In spite of it all, at first listen, the track is quite catchy and undoubtedly will be a staple in gay clubs all summer, even though Duke Dumont’s production sounds like nothing more than a sped-up version of guest rapper Nicki Minaj’s 2015 hit, Truffle Butter.

The real problems begin when looking at the lyrics, which resemble generic hashtag cliches (“Cause I stay winning”, “Your game is tired,” “Keep calm honey”) that seem to borrow directly from hip-hop and gay cultures thrilling virtually no one. Speaking of gay culture, who Perry attempted to celebrate during her SNL performance, it appears as though Perry supports it and “celebrates” it only when it is convenient for her. Upon the release of Bon Appetit, plenty of buttons were pushed for her collaboration with hip-hop group Migos, who recently faced backlash over their comments on homosexuality. In terms of hip-hop, which Perry previously dabbed into numerous times collaborating with everyone from Snoop Dog on California Gurls, to Kanye West on E.T., to Juicy J on Dark Horse (a hit song with a video that has garnered plenty of discussion about cultural appropriation itself, as it features Perry dressed as an “evil” Egyptian queen wearing gold grillz and destroying an African-American suitor), she seems to be doing just the same featuring a hot-of-the-moment rapper or group only to garner publicity or crossover appeal, much like she does with musical trends (see Walking on Air, Dark Horse, or Swish Swish itself).

Whatever your thoughts and feelings are on cultural appropriation or the shameless borrowing of musical trends and styles in order to garner more record sales, the problems don’t end there. While Perry has proven that the campaign for Witness has no consistency or real backbone, and is using a “whatever sticks” approach in order for it to gain momentum, she has also proven that she has no real identity as an artist (or person) and will do whatever it takes (or whatever she’s told) to promote her music. In spite of her trying to deny accusations and quiet down rumors on multiple occasions, actions speak louder than words. Above all, Katy Perry is an important example of the increasing need to analyze media and think about what is truly being communicated and the reasons why. Is she truly an independent artist rebranding herself from album to album in order to further her artistic vision, or nothing more than another puppet who will do anything to remain in the spotlight at the price of her dignity, sanity, and soul? The answer is pretty clear: in her own words, “Another one in the casket,” indeed.