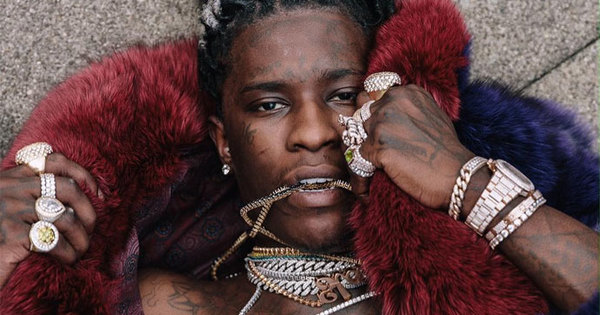 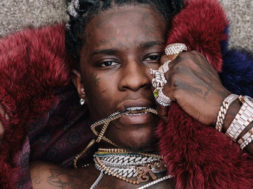 [7/10] (read about my scale and process here: https://thesightsandsounds.com/scale-art-reviewing-art-neutral-5/

That is a review score that will most likely catch many readers off guard, and understandably so; I, myself, was quite surprised at just how much I enjoyed this project. For quite some time, I had been a Young Thug denier, dismissively categorizing his music within the realm of bass drops and mumble rap that lacks true substance. I wrote him off as just another rapper from Atlanta, now often referred to as the hotbed of hiphop, and for that I must apologize. To put it simply, and as much as this pains me to say, I was very wrong. Whether he’s Young Thug, Jeffrey, Thugger, or whatever moniker he chooses that day, the conclusion will always be the same: 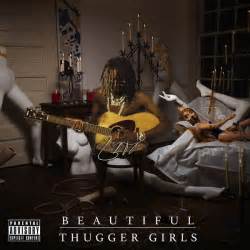 Young Thug is more than a rapper… he is, surprisingly, an artist.

The impetus for this revelation cannot be mistaken: Young Thug’s most recent release, Beautiful Thugger Girls, is strong top to bottom and features an originality in sound and genre that cannot be found anywhere else right now. My curiosity was first piqued by the album cover, which features Thugger in a somewhat introspective pose holding an acoustic guitar… Young Thug? With an acoustic guitar? Exactly! I knew I had to listen. Cynically, yet with subtle excitement, I began my journey…

From the get-go, the project exudes the symphony of genre–hip-hop, r&b, rap, soul, even country(!!)–that come to define it. “Family Don’t Matter”, the opening song, displays Young Thugs surprisingly pleasant, if a little gruff, singing voice, followed by the slow tempo beat and smooth bars that have defined his career thus far. The song also features some of that previously mentioned country influence in the form of two, now infamous, scats, which consist of Young Thug yelling “Yeehaw!” as well as “Country Billie made a couple Millie”, the latter of which also alludes to Millie Go Lightly, the London based singer who provides the serene vocals found on both this track and another one of the album’s best, my personal favorite, “She Wanna Party”.

The album progresses with a bit of a lull, but only when compared to the remarkable opening and closing of the project, although aided by “Relationship”, perhaps the most popular song to come from the album and one featuring fellow Atlanta-based artist and and current big gun, Future. This is then followed by another track with an Atlantan collaboration, Quavo of Migos, a song featuring an interesting backing, acoustic based pick pattern and a song that overall works well but pales in comparison to the handful of truly great songs this album boasts.

The apex of this work, however, comes in the form of the song that, after ten tracks of foot-tapping and slow persuasion, fully hammered home my conversion to Beautiful Thugger Girl (Guy?) membership…

“Me or Us”, the 11th track, is one of the most beautiful songs I have ever heard and a monument to all things Young Thug. He sings and he spits softly over the slow, wave-like movements of a few acoustic chords and some basic drums. This, to me, should be a message to all rapp 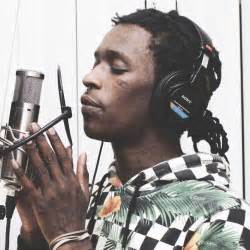 er’s, no, actually, all artists, in this contemporary musical world that continues to find itself leaning on the crutch of production.

The song works at the level of does not because of a fat background beat, those filled with 808s and booming bass underscores, nor high levels of autotune or vocal distortion but instead, it works through that sacred, yet lost, art: simplicity. Sometimes, less truly is more, and it is this nice change of pace when set against the backdrop the other, more confirmative tracks set, one of the not unwelcome complex and nuanced elements pervasive within hip-hop and rap today, that allows for all of Young Thug’s talent and, dare I say, emotion, to shine gloriously through.

This is not to say that the high levels of nuance and complexity within production or beat-making, features that have come to be the standard in the umbrella genre of rap and beyond today, are in anyway detrimental or unwelcome.

Music will continue to live, breathe, and evolve as society and technology, with its increasingly large role in the creation of music, does, and this should be embraced. It seems like not long ago that the entire genre of EDM was dismissed by musical purists, yet now, it would appear to be on the forefront of the musical meta moving forward. That being said, Young Thug’s project displays some of the best elements from many sources, creating a wholly original blend of genre, sound, and features from contemporary rap/hip-hop and those prior, and from one former doubter turned Thugger fan, I would encourage anyone who has not already to listen… you might just be surprised.